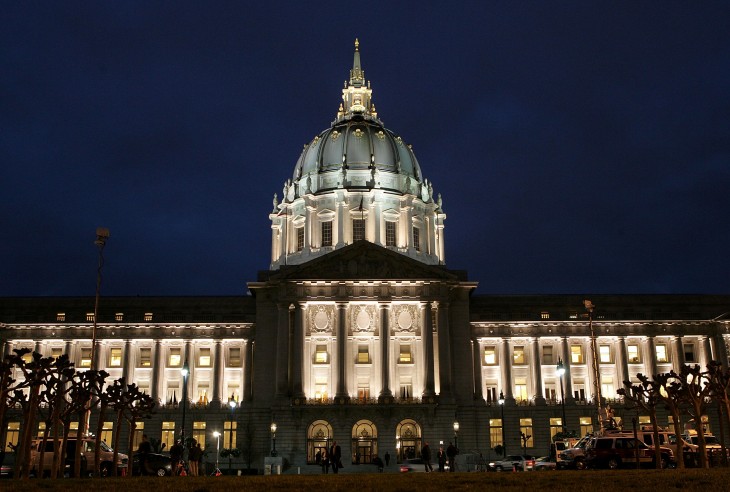 San Francisco’s public sector is interested in becoming much more efficient, productive, and helpful to its constituents. City officials announced today the creation of an Entrepreneur-in-Residence program to support those entrepreneurs and startups who feel their technology can actually do some good for the public and help the city overcome its bottleneck of inefficiency.

In collaboration with private sector companies like McKinsey & Company, NBC Universal, Nokia (Microsoft), General Electric, Yahoo, and Goldman Sachs, San Francisco is becoming the first to launch an EIR program. City Chief Innovation Officer Jay Nath says that this initiative follows the call from President Barack Obama who has said, “We’ve got to have the brightest minds to help solve our biggest challenges.”

Entrepreneurs and developers interested in this 16 week program can apply now for a chance to receive tutelage from government agencies, resources, and insights into the goldmine of opportunities within the city — an estimated $142 billion market.

This isn’t the first initiative that San Francisco has taken to utilize the help of technology professionals. The city has operated an Open Data Portal for the past year allowing anyone to tap into city data. Furthermore, last October, Mayor Ed Lee and city Board of Supervisors President David Chiu announced introduction of an Open Data legislation, which would create the role of the city’s Chief Data Officer to spearhead the partnership with the public and private sector.

And the private sector is definitely interested in participating — last year, startups and technology companies held a DataWeek conference aimed at helping expose the idea that data feeds, technologies, markets, and infrastructure can be used to improve the quality of life within the city and also productivity of government agencies.

San Francisco officials will select 3 to 5 teams from amongst all the applicants and the program will run from October 2013 to February 2014. It is the first in the nation and, if it runs successfully, there are plans to expand it to other cities, including Los Angeles.

What types of startups is San Francisco looking for? Well for one, you don’t need to reside in the city and your duration there will depend on how much you want to invest in getting to know government agencies, the problem, its citizens, and more.

According to the program’s website, officials are looking for products or services that will tackle topical issues relating to the public sector, such as data, healthcare, transportation, education, energy, infrastructure, mobile and civic engagement, and public assets. As we’ve been told, it’s not about telling you that the bus is late, but rather helping to fix the problem of why the bus is late.

Teams selected should be solving problems that have a huge potential, both economically and in impact (increased revenue, enhanced productivity, and/or meaningful cost savings). San Francisco will be giving preference to those products in an advanced stage of development or rollout.

Applications are being accepted now and will be reviewed on a rolling basis.

Read next: Amazon reportedly looking into giving away an own-brand smartphone with no contract required