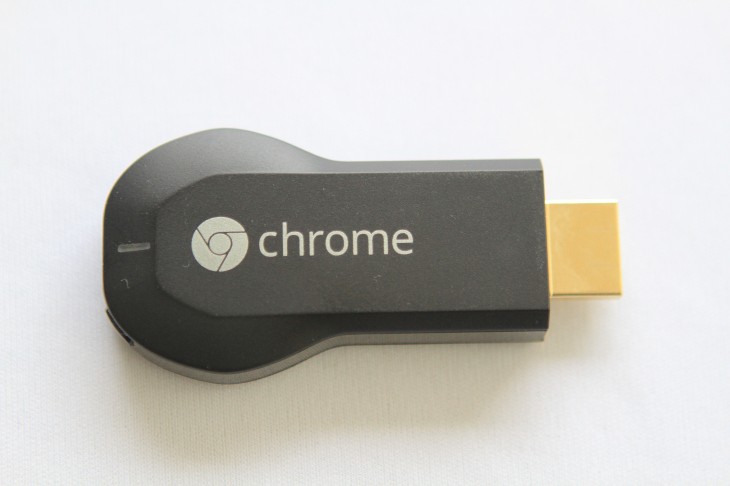 That escalated quickly. When Google unveiled its Chromecast dongle for streaming YouTube, Netflix and Chrome tabs, it announced a promotion for three free months of Netflix with purchase of the device, but the deal is now sold out due to “overwhelming demand”.

Savvy shoppers quickly did the math yesterday ($35-$7.99*3=$11.03) and scooped up the device in droves. Google announced that the offer was no longer available little more than 24 hours after launching Chromecast.

Google Play lists Chromecast as shipping in 3-4 weeks, while Amazon is currently only selling the device by way of third-party sellers. Best Buy has also sold out of the dongle online, though it is listing in-store pickup in my area in 3 to 5 days.

Google has issued the following statement about the offer:

Due to overwhelming demand for Chromecast devices since launch, the 3-month Netflix promotion (which was available in limited quantities) is no longer available on Google Play.

That demand has led to a secondary market for the device, with some eager buyers paying as much as triple the price.

Google’s free Netflix offer may have been a generous one, but it hasn’t been handled well. For instance, its promotional page for Netflix is still live with no indication that the deal is over. Sure, the fine print says “Offer available while supplies last,” but shouldn’t the company, you know, tell us when those supplies run out?

I bought a Chromecast on Amazon on Wednesday shortly after it became available, and it arrived on Thursday afternoon. However, the email with the Netflix promo code, which was supposed to go out after the device had shipped, has yet to arrive in my inbox.

When I called Netflix about the issue, a support representative said the email and code would come from Google, but when I called Google, a rep said it was on Netflix. I’m not the only one having these issues.

It’s nice to see Google have a hardware hit on its hands, especially after its struggles with the Nexus Q and Google TV, but the company needs to get better about communicating if it’s going to keep selling devices directly. My colleagues and I like Chromecast and see a lot of potential in it, but customers aren’t going to stay happy if they bought the device expecting a Netflix promotion and end up with nothing.

Related: Hands on with Google’s Chromecast, a tiny set-top box for the Web