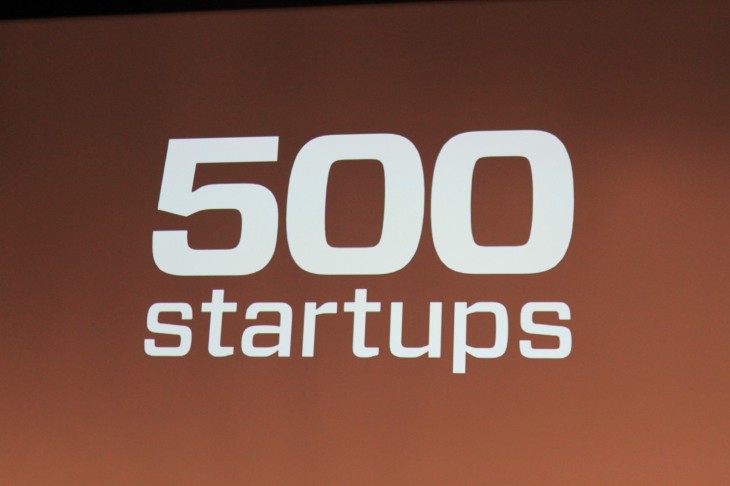 Silicon Valley’s 500 Startups is starting to make the rounds in its latest demo day for its sixth batch of accelerator companies. For the next few days, the group will travel from Silicon Valley to San Francisco and finally to New York City to present in front of potential investors and the media for a shot to make it big.

The sixth batch was announced in May and touted as the most international of them all, with 71 percent coming from outside the US, including startups from Africa and the Middle East, a first for the program.

While we would love to focus on all 29 companies that have presented today, that would take too long, so we’ve decided to highlight our favorite ones from the group (in alphabetical order):

This startup focuses on helping businesses make smarter decisions when it comes to finding the right vendors and services. Similar to asking a Gartner or Forrester analyst for insights into what tools a company should have, Credii says it just needs a bit of information to provide relevant search results. It crunches the data in real-time and provides the tools that work.

In its closed beta, Credii has signed up 750 businesses and is charging its customers based on support and also makes money on selling leads to software vendors. It is looking to raise $500,000, although it has $200,000 committed.

Specializing in website translation services, Dakwak looks to help brands expand their markets. The startup says that 27 percent of the entire Internet population speaks English, highlighting a market that is prime for addressing — when building a website, how do you target it so that it caters to as many people as possible?

Using simple DNS configurations, Dakwak says that translating a website into 10 different languages will take up to 60 seconds, not hours as it currently stands. And best of all, the translations are search-engine friendly. It currently has 32 paying customers and has partnered with Cloudflare and .CO as distribution companies.

Koemei is a startup that seeks to help evolve the role of online learning. It takes any educational video and transcribes it so that it can be shared with others, pulled up in search queries, and used in collaboration efforts. So far, it has earned $600,000 in revenues.

But it’s more than just a transcription service that services like Coursera and Udemy can implement themselves. It also offers a collaboration platform that gives students not just a private space to host their notes, but also share it with others, almost like exchanging notes after a college lecture.

Those interested in using the service will find that it’s somewhat pricey. Koemei offers tiered pricing, with the base plan starting at $299 per month for up to 50 learners and 25 video hours. Any more and it will cost $999 per month.

The company says that learners want to be able to access content fast, quick, and from anywhere. It says that it has 400 universities and businesses using the service and is looking to raise $1 million in funding. It has already raised a seed round of $525,000 with $1.2 million in government grants.

Admittedly, this probably made this list because they brought a dog on stage. However, that shouldn’t make their mission any more trivial. Pinmypet looks to help you keep track of your pet’s movements and activities through the use of a clip that is affixed to the animal. The hope is that if your pet goes missing, it can be found using the app.

Pinmypet can also monitor pet activity to help owners understand how much exercise and activity their cat, dog, or other animal is getting.

The tag is attached to the pet’s collar and contains a QR tag that, when scanned, will display the relevant information to help reconnect the animal with their owner. However, seeing that QR codes may not be widely used by the mass market, perhaps an alternative version should be used.

One way to think about Pinmypet is perhaps it’s a combination of Foursquare and RunKeeper for your beloved pet.

This startup is Brazilian-based, but is looking to take on the pet market in both its native country and the US — two of the biggest pet markets in the world, according to the founder. It is seeking to raise $750,000.

An app that is sure to be useful to designers and developers, POP App enables the creation of quick prototypes using sketches. The idea is to help find some way to taken an idea and move it through the prototype stage and finally to development.

Once installed, users can snap photos of their drawings and import them into POP App and create a rough and basic version of their prototype to share with colleagues.

The app is only available for iOS devices now — an Android version is on its way.

If you want to see a particular startup’s presentation, you can watch the program’s livestream here.

500 Startups is also in the process of accepting applications for its seventh batch of companies.

Read next: Google reportedly working on Helpouts, a marketplace for sharing skills over live video