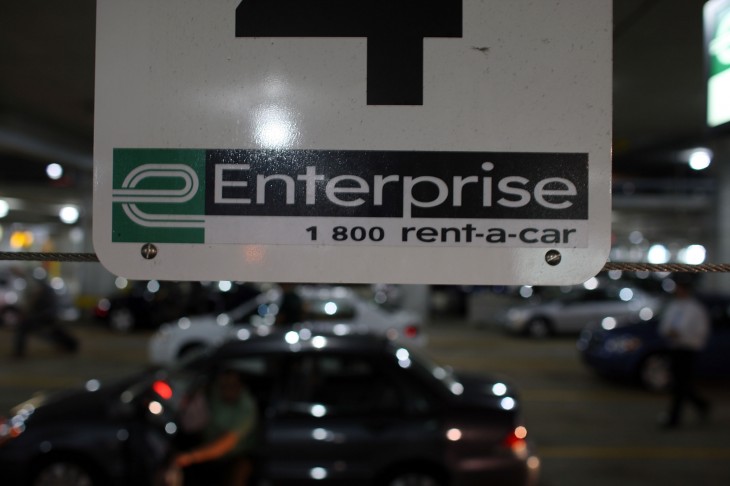 Zimride, the carpooling service started by the founders of Lyft, has been acquired by Enterprise Holdings, the parent company of Enterprise Rent-a-Car. As part of the deal, the startup’s assets and customer base will now belong to Enterprise, while the team will become wholly dedicated towards Zimride’s spin-off ridesharing product. Financial terms were not disclosed, but the deal closed on July 10.

It’s important to note that Lyft was not acquired in this deal, but rather Zimride, the product. As confusing as it seems, the original company name was Zimride, but officially changed in May 2013. The Lyft team says that they will be retaining all assets relating to their smartphone-based ridesharing app and community.

Started in 2007 by John Zimmer and Logan Green, this FbFund company is a ridesharing startup using the Facebook platform to make carpooling a little less creepy. The company says that it aims to be a more socially-enabled version of what’s on Craigslist removing any anonymity and driver skepticism about offering a ride to a stranger.

Leveraging Facebook Connect, Zimride allowed people to connect with one another and share rides to common destinations. The service is certainly more appealing when you know who you’re dealing with, and especially if they attend the same school, workplace, or have mutual friends.

Zimride says that it is being used in corporate and college environments (130 universities, in fact), including Facebook and at the University of California, Los Angeles (UCLA). Contrary to its other product, Lyft, Zimride is useful when you’re dealing with longer distance road trips. To date, there are 350,000 users signed up for the carpooling service with 100,000 vehicles being used.

As we reported in 2012, Zimride’s CEO, John Zimmer (of whom the company is not named after), says that the service has helped save people money getting from point A to point B and are having great experiences as well. The company surpassed more than 100 million rideshared miles in 2011 and became the largest online ridesharing company in North America.

The acquisition by Enterprise Holdings appears to be a great one, especially in light of the car rental service’s efforts at promoting sustainability. Enterprise offers a ridesharing product too, including vanpooling. The addition of carpooling would be a natural fit because while Zimride is popular with corporations, Enterprise is also targeting businesses to use them.

Enterprise Holdings can obviously offer a more diverse set of users too. After all, it is the parent company of not only Enterprise Rent-a-Car, but National Car Rental and Alamo Rent A Car.

Zimmer says of the deal:

Zimride’s goal has always been to bring together the best of multiple modes of transportation to create a more social, affordable and efficient system for communities on college and corporate campuses. We are excited to have those offerings expanded and improved through solutions offered by Enterprise.

Picking up transportation-related companies like Zipcar and now Zimride has become the target of established car rental services. Avis picked up Zipcar at the beginning of this year for $500 million and is already putting it to use by expanding its offering in more US and Canadian airports. And if established car service companies haven’t acquired any ridesharing services, then they’ll create their own. Hertz and U-Haul have also launched their own offering, respectively Hertz on Demand and U Car Share.

Now that Zimride is off their hands, the Lyft founders can focus on the bigger task at hand, finding ways to work with state regulatory agencies and the taxi lobby to get its service back on track. It recently encountered difficulties in Los Angeles when it, along with competitors Uber and Sidecar, received a cease and desist letter even though California regulators had approved it.

Leading up to its acquisition, Zimride had raised $8 million in funding from Keith Rabois, Floodgate, K9 Ventures, and fbFund.

Read next: iOS 7's icons compared to their old counterparts, which do you like best?