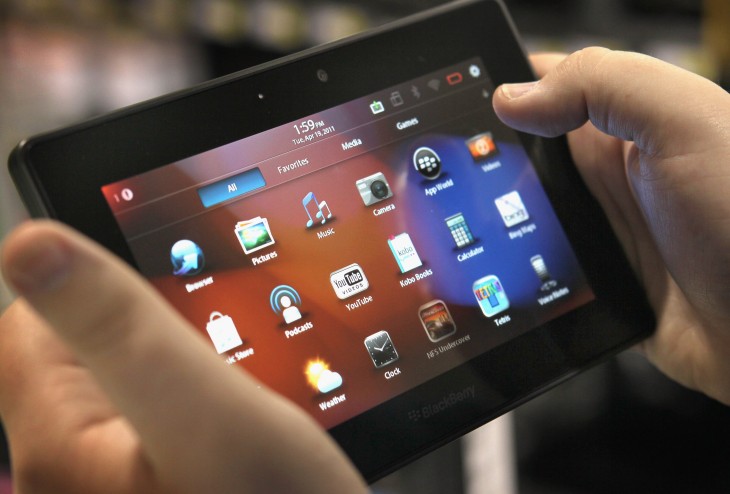 BlackBerry CEO Thorsten Heins revealed on an investor call today that the company has abandoned trying to update its PlayBook tablet with the new BlackBerry 10 mobile operating system.

Heins admitted that while multiple teams had spent “a great deal of time and energy” looking at solutions that could move the new platform to PlayBook, it was his decision to intervene and cancel the project.

“Unfortunately, I am not satisfied with the level of performance and user experience,” Heins said. “I made the difficult decision to stop these efforts and focus on our core hardware portfolio.”

He added: “We will, however, support PlayBook on the existing software platforms and configurations.”

BlackBerry unveiled BlackBerry 10 in January this year and later confirmed that its new operating system would be coming to its oft-forgotten PlayBook tablet. The company has been adamant about the update since then, going so far as to post the following tweet from its Mexico account last month: “In the next few weeks will be available OS10 update w/ the PlayBook!”

The decision to abandon this particular project will undoubtedly be a disappointment for PlayBook owners. Heins’ comments suggest that the end result would have been pretty poor anyway, so perhaps this reversal was for the best. The BlackBerry CEO didn’t reveal whether the firm was working on a new slate either, adding further ambiguity to its tablet strategy.

BlackBerry posted an overall loss of $84 million for its financial results detailing the first quarter of 2014. The company sold 6.8 million devices over the three month period, including 100,000 PlayBook tablets.

Read next: UK to crack down on online piracy and counterfeitting with new government unit