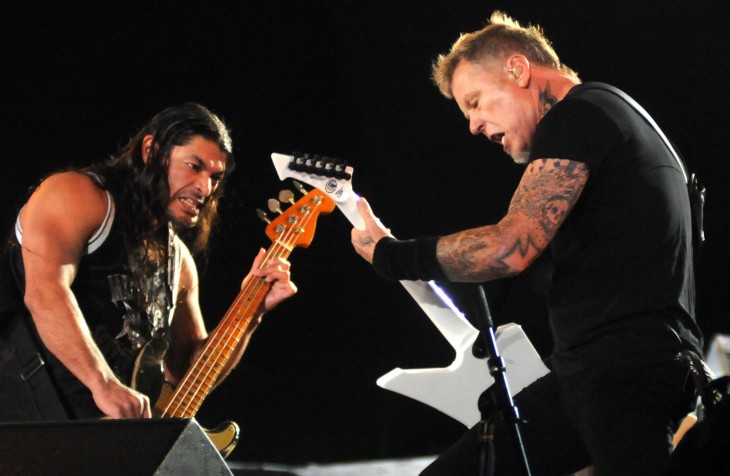 If you’re a heavy metal fan, you’re probably unlikely to own a copy of “He’s Just Not That Into You” on Blu-Ray (though TNW’s resident metalhead Alex Wilhelm tells us he owns several).

But deeper correlations exist between one’s musical and cinematic preferences, say the folks at The Echo Nest.

The Somerville-based research firm that specializes in music extensively mined various types of data from music streaming services Rdio, Sirius XM, Nokia’s MixRadio, iHeartRadio, MTV, the Infinite Jukebox, drawing connections between listeners’ artist preferences and film preferences. In total, about 50,000 user accounts were examined in the study. Some of the more interesting findings include:

The Echo Nest also compared the musical tastes between Sci-Fi fans and Fantasy fans, and found the former group’s musical taste to be more diverse than the latter:

Apparently Sci-Fi fans are more likely to listen to Lady Gaga alongside Rap and Classic Rock, while Fantasy fans have a more uniform musical palette.

The Echo Nest’s study exemplifies the thorough, ultra-exact research that can be conducted in the era of Big Data. Echo Nest co-founder Brian Whitman describes the startling depth of data his team can collect personal blog:

We don’t just know that you like a song, we know what the key of that song is, how many times people called it “sexy” in the past week on blogs, and what instruments are in it. We also know, through the anonymized Taste Profile: how often you, and the world, listened, what time of day, and what songs you like to listen to before and after and how diverse your taste is.

The Echo Nest works with music services, social networks, and big brands to provide research and software pertaining to music and listener data. Earlier this year the firm joined forces with Microsoft and Spotify to create Mixshape, a Web app that lets users create playlists through a moveable shape-based interface.

Read next: China's Youku Tudou collaborates with Qualcomm to boost quality of videos on mobile platforms