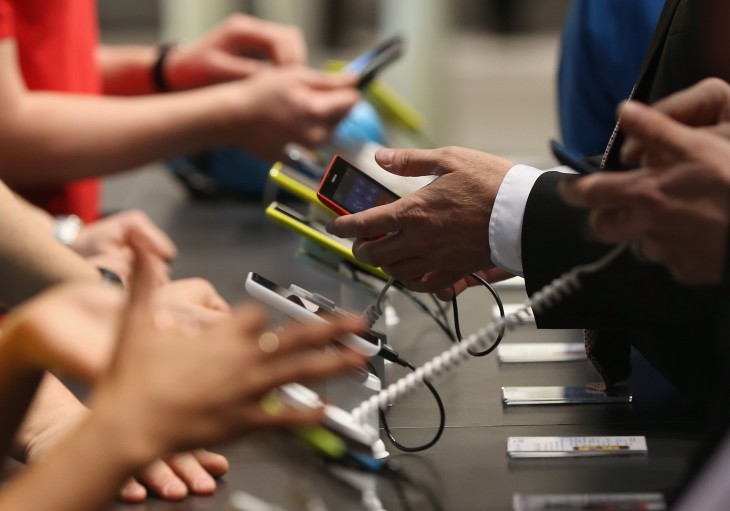 The latest data comes from Kantar Worldpanel, which conducts over 240,000 interviews annually regarding mobile phone behavior in the US. Here are the numbers:

As you can see, Verizon saw a 1.8 percentage point increase to 36.3 percent of smartphones sold (pushing further ahead as the market leader) and Sprint jumped 1.4 percentage points to 13.1 percent. AT&T, in second place, maintained its share at 26.3 percent while T-Mobile declined to 11.3 percent.

If we go back to mobile operating systems, it’s worth comparing the figures against the latest from comScore, which looks at more recent changes. Android has actually been losing share (for three months now) in the US, while iOS has been gaining, and Windows Phone has remained flat.

Nevertheless, Microsoft has notably managed to capture US consumer interest. Of those who purchased a Windows Phone device in the last year, 42 percent came from a feature phone, 25 percent from another Windows (Phone or Mobile) device, and 23 percent from Android.

Kantar says this shows Windows Phone’s strength in attracting feature phone users. It notes that while iOS is similarly effective at capturing Android users and its own users, only 31 percent came from a feature phone.

Nokia’s Lumia devices were the main driver of success for Windows Phone during the three-month period. Lumia sales last quarter were in the millions, so this is to be expected.

The real question is whether Microsoft will be able to keep up its slow progress with BlackBerry on its case. The Canadian firm’s phones have only started to hit the market, so we should find out the answer soon enough.

Read next: China blocks encrypted version of Wikipedia ahead of June 4 Tiananmen anniversary