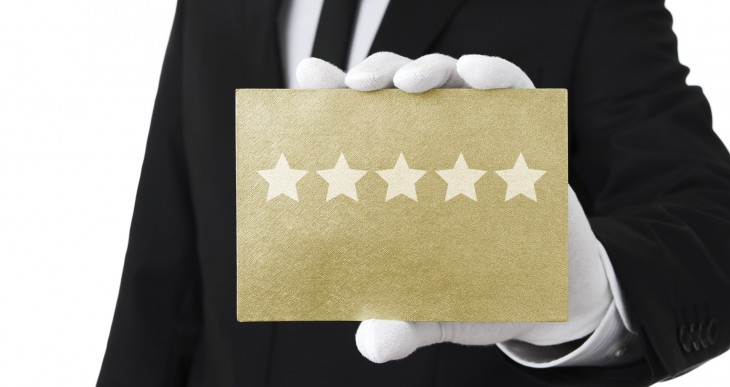 FiveStars, a startup offering a loyalty card program for local businesses, kicked off its first expansion outside the US today via a new partnership with Canadian telecommunications company Rogers.

The new program, which is dubbed Vicinity, will be run by Rogers and powered by FiveStars’ proprietary technology, which integrates with point-of-sale (POS) systems to help small and medium-sized businesses offer loyalty and rewards programs to better engage with customers.

Vicinity General Manager Fiona Lake Waslander said in a statement that Rogers chose to work with FiveStars because of its “technology IP and its easy and seamless implementation for a small or medium business.”

In an interview with The Next Web, FiveStars CEO Victor Ho highlighted three key advantages that the company’s POS-based technology has helped to establish: a 4-to-1 user advantage over rival programs, rich customer data for vendors and the lack of a need for additional hardware for new merchants to get started.

FiveStars recently surpassed 10 million loyalty purchases from its more than a million users. That’s up from 1.3 million check-ins this time last year.

The local business rewards program industry is growing quickly, with contenders like Belly and LevelUp also gaining traction. Belly recently raised $10 million from Andreessen Horowitz and reached a milestone of 200,000 redeemed rewards. However, FiveStars touts itself as the largest in the space, boasting over 500,000 redemptions from its program.

Scaling up and expanding overseas is a major challenge for these companies, since their focus tends to be hyper-local. As such, FiveStars has opted to tackle the problem by creating the “Powered by FiveStars” program for new regions. Rogers is the first partner to come on board, and the company is aiming to enter additional international markets over the next 12 months.

Ho noted that these strategic alliances will enable the company to “substantially expand [its] footprint with minimal effort” and allow it to stay focused on growing its US-based business.

FiveStars is aiming for no less than becoming a household name and achieving national recognition. According to Ho, the company is on track to pass five million users later this year, and could achieve as much as 10-20 percent customer penetration across the US in three years’ time, based on current growth rates.

As new customers and merchants have picked up, the startup has turned its attention to revenue growth. It doubled revenue sequentially in the first quarter of this year and is set to double again in the second. The company isn’t disclosing exact revenue figures as yet, but it’s annual run rate is currently in the millions.

I’m positive I’m not the only one that keeps a stack of stamp and punch cards for local businesses I frequent, and I’m probably also not alone in missing out on rewards because I’ve lost or forgot them. If FiveStars does manage to modernize these loyalty programs across the board, I’ve got a regular size coffee or milk tea (not valid with other offers) to pour out in their honor.

Read next: Google overhauls Gmail to help you take control of your inbox