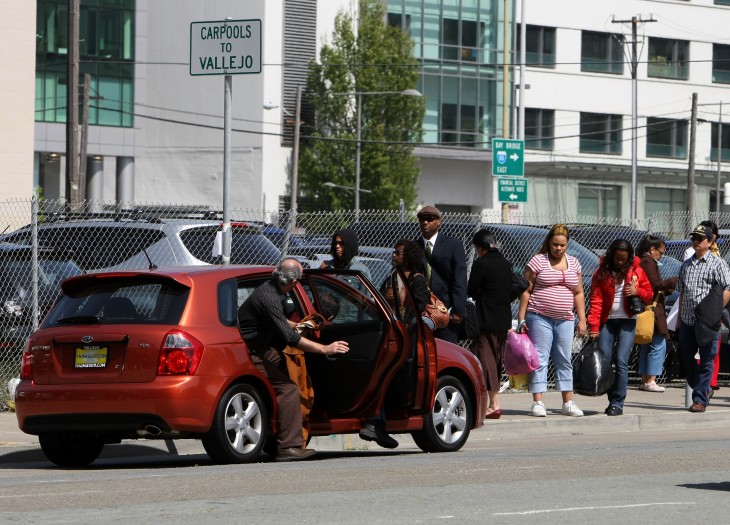 Ridesharing service SideCar is looking to grow and has made key hires to help it do just that. The company today announced that former eBay Electronics and eBay Motors executive Gregory Boutte and Hulu’s Vice President of Product Robert Wong have joined its executive team. Boutte will be SideCar’s Chief Revenue Officer (CRO) while Wong becomes the Executive Vice President of Product. Both are key positions as the company looks to bring its ridesharing service to more cities.

In his capacity, Boutte will be responsible for the company’s top-level growth and geographic expansion. Wong, as you might expect, will lead the charge in making sure that the product’s design is great. The results of their work will weight heavily in the company’s pursuit of reaching more customers beyond its nine current cities. To date, SideCar is only available in San Francisco, Washington, DC, Seattle, Los Angeles, Austin, Philadelphia, Chicago, Brooklyn, and Boston.

Gregory has a reputation for leadership and execution. His depth of experience in two-sided marketplaces and international operations will be key to Sidecar’s global acceleration. Robert is known in the industry as a product executive with the strategic and tactical expertise to take a breakthrough idea mainstream. Both these hires will play an essential role as we grow our business and rideshare community.

Prior to joining SideCar, Boutte was a Vice President of eBay’s two largest North American businesses. He has also floated around various parts of the company, having run eBay France and being the Vice President of the company’s Southern Europe office. His experience operating a company in multiple countries and locations could benefit Sidecar.

Wong comes from video site Hulu where he had roles leading the design, product management, editorial, and customer support for the company. During his tenure, he helped launch the Hulu Plus subscription service and guided the Hulu product to be installed on more than 300 million Internet-connected devices. SideCar could be looking to him to help make improvements to its interface and customer experience, which may help lead to greater adoption.

But while there’s talk about expansion, it must also be said that the company needs to think about regulatory concerns that has affected those in the “shared economy”, including Uber and Lyft. Today’s news may seem like SideCar is operating without a care in the world, but while it’s growing up, it also needs to bring in some people with bureaucratic experience to help it navigate through transportation policy and avoid the same pitfalls that have befallen its competitors.

In an interview, Paul addressed the regulatory concerns and believes that common ground is possible:

I think, actually, many of the public servants that work in those organizations, they do want to serve the public. I think the system sometimes keeps them from being able to do that, but their personal desire is to do a good job and serve the public. The public is definitley served when we’ve got more choice, when systems are safe, and they’re fair.

However, he believes that SideCar shouldn’t be regulated on the local level. As TechCrunch reported, Paul said that his company is just an information provider and matching service — it doesn’t actually dispatch drivers. If regulators buy that argument, shouldn’t that also apply to both Uber and Lyft?

Read next: Asian telecom giant SingTel sets aside $1.6bn for ‘strategic acquisitions’ over the next three years