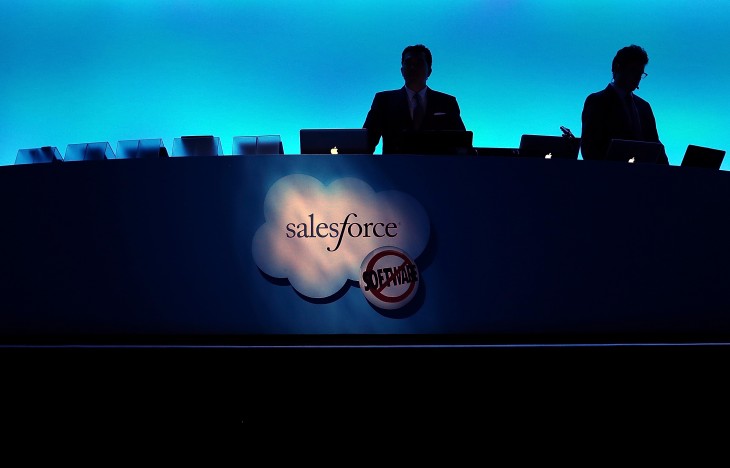 Salesforce appears to be obsessed with helping companies become social. So much, that it just hired Yammer’s Head of Community, Maria Ogneva, to work on its Chatter Communities product. In her post announcing the news, Ogneva indicates her responsibility will be somewhat similar to her previous role where she helped companies create communities.

Salesforce Communities launched last week in a move that leverages the enterprise software company’s Chatter product. The company is interested in trying to mesh business conversations with normal talk about things related to the business or brand.

As we reported earlier, if you’re on the Nordstrom department store website, you’re limited to simply managing your account and making purchases. That’s it. No conversations with other shoppers, posting reviews, or any other form of engagement.

Ogneva says her job will be a “hybrid” role between a community coach, practitioner of best practices, and product marketer. She’ll be focused on developing content to reach the Salesforce community. All of this doesn’t appear to be outside of her capabilities as she has been doing the same for the past couple of years while at Yammer. In that life, she helped establish relationships with the company’s customers before the Microsoft acquisition.

Calling it the “best of both worlds,” Ogneva says that she’s excited about this new role because it meshes with her goal of having an impact on how businesses think of and execute on open collaboration both internally and externally. Chatter, she opines, offers her the backing of a large, world-class company with “an enduring reputation and iconic customer base”, while also giving her an entrepreneurial team to work with.

If Ogneva joining Yammer back in 2011 was a coup, then her joining one of its competitors is much more interesting. After all, both are challenging for market share in the enterprise space, especially when it comes to being social.

Ogneva has received acclaim from notable analysts in the space, including R “Ray” Wang from Constellation Research and Paul Greenberg.

Communities won’t be available until this summer, giving Ogneva at least a month to get up to speed on one of Salesforce’s newest products. With other innovations being made to Chatter and even to the company’s Marketing Cloud offering, it will be interesting to see how Ogneva can help to bring streamline communities using the multitude of products at Salesforce’s disposal.

Last February, Yammer had a “small round of layoffs” months after its acquisition. Of note, following that event, Salesforce CEO Marc Benioff sent out a Tweet to those laid off inviting them to work for his company.

Read next: The nation of Syria has been disconnected from the Internet again