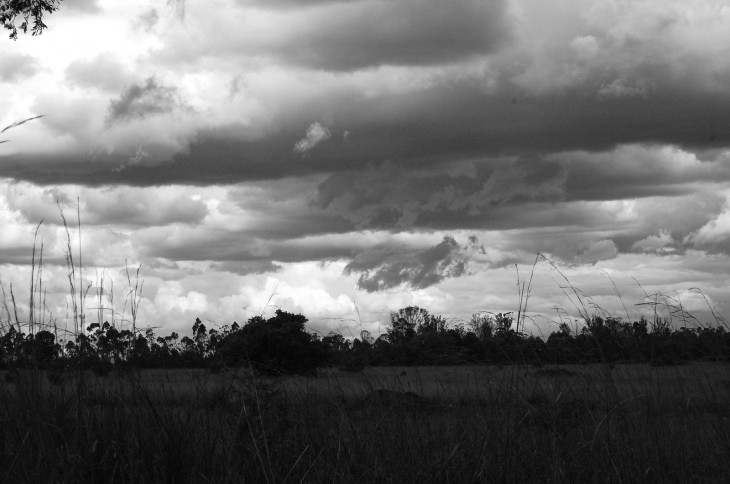 Adobe first launched Creative Suite 1 back in 2003, and now, ten years and six versions later, the company is taking a left turn: Adobe is abandoning its Creative Suite entirely to focus efforts on Creative Cloud.

There will be backlash for this, no doubt. Update: Fireworks has been killed off.

Adobe targets the same Pro and Pro-sumer community that Apple had the misfortune of knowing when it redesigned Final Cut Pro. Adobe’s decision to solely embrace a subscription offering could lead to mass protest if not handled correctly.

But before grabbing your torch, let us explain what, exactly, is happening — then we’ll get into why.

Adobe has shared with us that Creative Suite 6 will still be available for purchase, but it will not be updated beyond addressing bugs and OS compatibility. There will be no Creative Suite 7.

“Everything moving forward is focusing on creative cloud” —Adobe

Instead, Adobe is pointing all of its energy towards Creative Cloud, eliminating the familiar retail box in the process. Like last year, the company is releasing an updated suite of applications this June, newly branded as “CC” apps. This includes: Photoshop CC, InDesign CC, Illustrator CC, Dreamweaver CC and Premiere Pro CC. To dive into the new features, you’ll want to head here.

For creatives that rely on the company’s upgrade paths, some will be pleased to find that anyone with a CS 3 or later serial number will get their first Creative Cloud year for $29.99 per month. For everyone else, the complete version of Creative Cloud will set you back $49.99 per month, or you can purchase a single app subscription for $19.99 per month.

Note: Adobe tells us it’s willing to be flexible with large organizations with policies that restrict cloud services.

The more apps you use, the better…

Many have done the math, calculating how much less or more the Creative Suite costs them depending on what applications they use and how often they upgrade. Put simply, if you were to upgrade yearly anyways and use more than one app, you’d spend approximately $300 per app or less — cheaper than buying the software outright. The more apps you use, the better deal Creative Suite becomes. If you’re not convinced, you are unfortunately out of luck.

When Adobe first launched Creative Cloud last year, the offering didn’t feel like a product launch, but more like a new way of paying for the Creative Suite — Adobe acknowledged this on stage at its Max conference today. Since then, after using the service for the better part of a year myself, real benefits have surfaced.

For starters, there’s access to just about every product Adobe produces, from Photoshop to Typekit. There’s something liberating about this, knowing you can start using any of their apps without dropping hundreds, while gaining access to other paid services, like Behance ProSites.

Again, if you already use multiple Adobe products, like many creatives do (myself included), this is a worthwhile deal. Even if you’re not thrilled with some of Adobe’s offerings, like its file sharing capabilities — which, for me, have yet to replace services like Cloud App and Dropbox — you can just ignore them.

For Adobe, the reasoning behind this decision is simple. According to our sources, the company had long searched for ways to stabilize its revenue. Previously, it would receive bursts of income every two years with the latest Creative Suite release. Convincing users to upgrade was a daunting task that left an impact on product decisions.

Then, there’s piracy. Copies of the latest Master Collection always spread like wildfire across file-sharing services, which supposedly leaves a massive impact on Adobe’s bottom line. Instead of investing millions into DRM software which has crippled the user experience of its applications in the past, Adobe realizes that a subscription offering will curb the spread of serial numbers (although cracked apps will still exist).

With balanced income, Adobe will likely look better to investors, so long as creatives come aboard. In addition, a subscription offering is better suited for a growing cloud-based services business, from hosting and serving up fonts to connecting creatives. Adobe is now truly a subscription company, and many won’t like this change immediately. Especially for professionals who’ve invested their livelihood in Adobe products, it’s understandable why any adjustment to a decade-old system can cause a stir.

Still, this is starting to feel like a very natural and reasonable shift for Adobe, in an industry where the lines between applications and services continue to blur.

If you’re feeling otherwise, be sure to let us know why in the comments below. For a detailed look at Adobe’s CC products, head here.