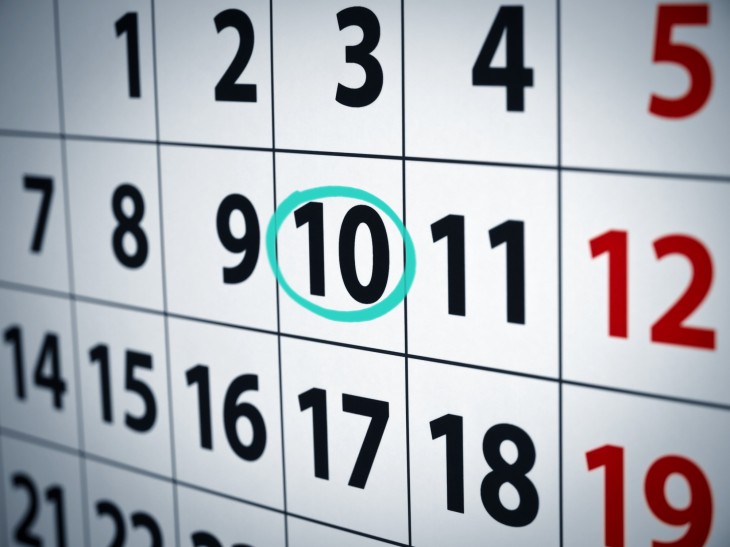 Today marks a historic moment for one of Silicon Valley’s biggest and well-known companies. It has been a decade since LinkedIn was founded as a business-related social network and now it has grown up to become a successful public company with more than 225 million members and nearly $325 million in quarterly revenue.

Founded by Reid Hoffman, Allen Blue, Konstantin Guericke, Eric Ly, and Jean-Luc Vaillant on May 5, 2003, LinkedIn has gone on to become a company most startups dream about growing into, and has certainly played a big part in bringing professional lives online and making them more social.

Let’s face it, the existing way of finding a job and making connections is just not working anymore. There’s an adage that says “It’s not what you know, it’s who you know.” LinkedIn is proof of that. Simply finding an appealing job and submitting a resume isn’t enough — now companies are looking for personalized approaches and recommendations from networks.

Since it has become a global resource, it’s interesting to see just how far-reaching has it become. Following its Q1 2013 earnings report this past week, LinkedIn revealed a breakdown of its 225 million registered members.

Naturally, the majority are from the US — after all, this is the company’s country of origin. The next largest country is India with 19 million, followed by Brazil with 12 million, and the United Kingdom with 11 million.

The history of LinkedIn

Having started in the heyday of services like Friendster and MySpace (the era of Tom, not Justin Timberlake), creating yet another social network was probably not all that easy. But LinkedIn’s founders sought to appeal not to the teenagers and young adults who wanted to share their updates with the world, but more towards those who were into professional development and looking for a new way of doing business.

Guericke once spoke with Bloomberg Businessweek and described what made LinkedIn different from those traditional social networks:

“We’re here to build a business, not to create something cool. MySpace and Facebook have done really well. And I think they can monetize what they have built, probably by adding in more e-commerce. But I think the opportunity on the business side is ultimately larger.

“People who have been working for at least 10 years have a network. It doesn’t come from networking; it just comes automatically, from going to work. But people tend to lose touch.

“Those networks are valuable. I see business as a Darwinian enterprise. People tend to hire and make other business decisions by drawing on these personal networks. Is a job candidate honest or hard-working? You can’t tell from a resume or even from an interview. That’s why people fall back on trusted relationships.”

In an interview with CNN Money in 2009, Hoffman said that when LinkedIn was started back in 2002, the industry was in a “dot-com winter”. He says that consumer Internet ventures were looked upon with skepticism and it was important for it to distinguish itself from everyone else. Keep in mind that the “dot-com bubble” burst in 2000 so the introduction of another service that some thought was going to be big lacked market confidence.

Hoffman didn’t let that deter him. In that same interview, he said that starting a business during an economic downturn is the “exact right time to do it because it gives you runway.” When LinkedIn began, naturally the company moved cautiously to make sure that its system worked.

One of the first challenges that the company set itself to overcome was just how it could hit a million users. That was the goal and nothing else. Hoffman admitted that LinkedIn wasn’t trying to work on a business model, at least not until 2005.

Here’s a screenshot of LinkedIn back when it rolled out in 2003. It features the page that you see after you’ve logged in. It’s definitely much different than what it is now.

According to Chris Saccheri, formerly LinkedIn’s Director of Web Development, in the early days, user adoption was rather slow. In the first week, the service had 2,500 users, which grew to 6,000 after the first month. Within six months, there were 37,000 users.

Two years after launching, LinkedIn had more than 1.7 million professionals signed up and began unveiling several ways for it to make money.

The first involved the launch of LinkedIn Jobs — combining online job listings with its recommendation engine. The service sought to separate itself from other job boards like Monster, HotJobs, and CareerBuilder by utilizing its LinkedInsight feature, which claimed to let hiring managers assess a candidate’s viability through their relationships, references, and reputation.

LinkedIn also tried its hand at generating revenue through a subscription program, which offered enhanced communications and better search features. Of course, the last one involved advertising right on the site. It wasn’t something Hoffman and his team thought about right off the bat and obviously he changed his mind. The reason is because not only did LinkedIn have appealing the demographic targeting data, but also because LinkedIn thought it was able to build unique business products.

Today, these revenues have helped the company make $325 million in this past quarter. Of note, the bulk of it comes from its Talent Solutions business unit, the service for recruiters, and comprises 57 percent of LinkedIn’s total revenue distribution.

In an interesting twist, LinkedIn is affiliated with the tech industry’s fabled “PayPal Mafia”, as Hoffman served as a member of the payment service’s board of directors and also as its Chief Operating Officer.

Many of the other co-founders also came over from the company and SocialNet, Hoffman’s first company. Among LinkedIn’s early investors included PayPal’s co-founder and now renowned investor Peter Thiel and former Square COO and PayPal Executive Vice President Keith Rabois.

LinkedIn took eight years before it went public, having filed back in January 2011. It traded its first share as the first social networking site to go public on May 19, 2011 at a price of $45. When the market closed on its first day, investors saw their shares go up 84 percent. As of this writing, the stock is priced at over $175 on the New York Stock Exchange.

Leading up to its IPO, the company received investments from renowned names like Sequoia Capital, Greylock, Bain Capital Ventures, Bessemer Venture Partners, and the European Founders Fund. In total, it raised $103 million and went public with a valuation in excess of $1.575 billion.

Evolution from a resume builder to an individual’s CRM

When LinkedIn first started, it was a social network for professionals, where users could host their resumes online. The purpose for many was to seek out jobs and have their colleagues and mentors leave recommendations to bolster their credibility. But in the ten years since, it has slowly evolved into more of a contact relationship management service, but for individuals.

While perhaps fully capable of building out these services, the company opted instead to acquire those that best fit its needs.

In its history, eight companies have been acquired by LinkedIn. The first was mSpoke in 2010 for its “adaptive personalization engine” and continued on with ChoiceVendor for its business reviews offering. Soon other purchases were made over the next three years, some for its business-facing service while others were for its core users.

The acquisitions of CardMunch, Connected, Rapportive, SlideShare, and Pulse have gone on to strengthen the ability for users to network on the LinkedIn platform. Because the company embraced the mobile age, these purchases didn’t seem to be far-fetched. With CardMunch through to the adoption of Pulse, LinkedIn has made it possible for a person to manage their contact relationships from its very beginning when a business card is presented, through to maintaining the friendship by following their updates and keeping in touch.

Perhaps this has become no truer than last month when LinkedIn revealed Contacts, its new service leveraging its Connected acquisition designed to make sure that a user can keep abreast of changes to their most important contacts. What’s notable about this is that users are able to use their mobile devices in order to not only research people they wish to meet, but instantly jot down notes.

While it might appear that LinkedIn has had an easy go at success, it hasn’t been that way.

In June 2012, the company fell victim to a hacking attempt that resulted in 6.5 million hashed passwords reportedly leaked. At the time, it was believed that over 300,000 passwords were decrypted and LinkedIn urged its users to change their passwords — often the solution in these type of cases.

Prior to that, it was revealed that LinkedIn’s iOS application was collecting and transmitting names, emails, and notes from users’ calendars to the company in plain text. It was believed by some that the information was being gathered without explicit permission by the user. LinkedIn responded with an update to its iOS app, and provided a response saying:

You may have seen a few press stories highlighting concerns about how your data is used in the opt-in calendar feature of our mobile phone apps. We deeply care about our members trust so I want to provide clarity around what we do, don’t do, and outline ways we are going to make a great feature even better.

While the password theft and data transmitting issues happened in close proximity to each other, there’s nothing to suggest that these events were related.

In 2012, co-founder Allen Blue was asked about the future of his company, to which he replied that LinkedIn’s role has always been to help every professional find a job that they love and be great at it. He believes that soon there will be a world where “people are doing what they love, not just what they have to. Where professionals understand that the work they do is one of the most significant ways in which they can contribute to their communities and the world.”

In the past decade, LinkedIn has surely changed the networking paradigm that millions of people were accustomed to. No longer are we hunting through newspapers or doing speed dating for business professionals.

Many of us have abandoned Monster, CareerBuilder, and other traditional online job boards in favor of LinkedIn because it appears to offer more context into not only what we can share about our professional accolades, but also learn about new opportunities, companies, and the people we want to be connected with.

Read next: The demise and rebirth of compact cameras