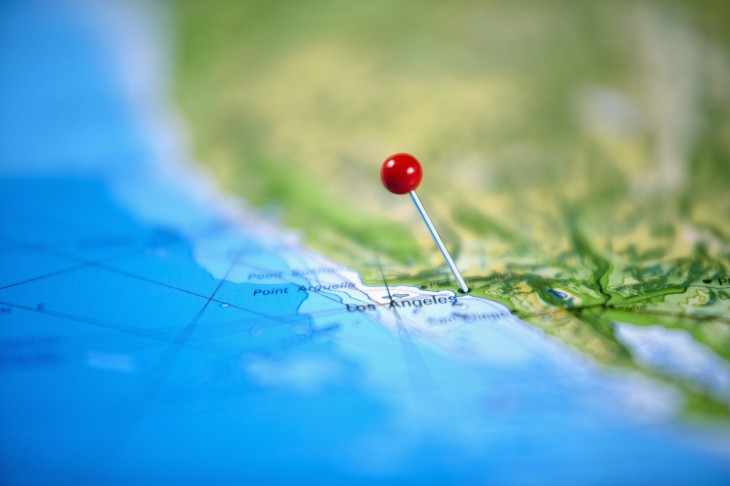 Los Angeles is one of the world’s largest and most glamorous cities — it dominates the entertainment industry, produces tremendous wealth and stands as symbol of American promise and success.

That’s what made the city’s longtime status as a second or third tier technology hub perplexing. The emerging tech scene in the area comes nowhere close to Silicon Valley’s technological prominence. Other U.S. cities — including New York, Seattle and Boston — have also seemed to leave the City of Angels in the dust.

But thanks to a gradual cultural shift and several municipal initiatives, Los Angeles has gained the moniker “Silicon Beach,” and is finally becoming a tech destination in its own right. Incubators and accelerators are popping up everywhere; multi-million dollar startups with worldwide recognition are tracing their roots back to L.A.; and celebrities are adopting tech companies as pet projects. Generally speaking, there is an aura of tech promise and excitement in the city.

Perhaps the continued growth of the industry nationally — despite the slumping economy — convinced more people that a Northern California area code was no longer necessary for tech success. Today, resources for the industry in L.A. are more readily available. A new wave of entrepreneurs have moved to the area. Accelerators are providing mentors, educational events and seed money to entrepreneurs with great ideas but little support. And there are co-working spaces, meetup events, panels and other resources for those joining this burgeoning tech scene — creating the palpable sense of community that makes San Francisco and New York enviable tech destinations.

The rise of L.A.’s tech scene has been a grassroots effort

The rise of L.A.’s tech scene has been a grassroots effort. As with New York City and Boston, if the trend is to continue, L.A.’s public domain must increasingly encourage tech development.

“We’re known as the entertainment capital in the world, but we’re not known for Silicon Beach, and that needs to change,” said L.A. mayor Antonio Villaraigosa at a recent tech event. Villaraigosa and the Mayor’s Council have proposed a number of initiatives to change the perception of L.A. and encourage entrepreneurs, investors and students alike to consider the area for their next venture. These initiatives include:

It’s important to remember, however, that becoming a great tech city doesn’t mean abandoning that which made your city great in the first place. New initiatives and companies are good, but combining tech sensibilities with the established entertainment culture will be a great step to assure sustainability.

That means continuing to attract big name celebrities as investors. Some notable celebrity-backed startups include The Honest Company, co-founded by Jessica Alba, which recommends and sends safe baby products to members on a monthly basis; ShoeDazzle, from Kim Kardashian, mails celeb-stylist selected shoes to users each month as well; and Justin Timberlake was involved in the recent revamp of Myspace. As more celebrities look to attach their names to exciting projects, the spotlight will shine brighter on L.A. as a whole.

It also means encouraging companies that are disrupting and transforming the entertainment industry to base themselves in L.A.

Companies that can help Hollywood take full advantage of the tech revolution — through new video platforms or communication solutions, for example — will undoubtedly be leaders in the L.A. tech scene moving forward.

Between individual ambition, government enthusiasm, entrepreneurial leadership, celebrity-branded ideas and the courage to disrupt long standing local industries, there are many exciting elements coming together that will likely catapult L.A. into the upper echelon of tech epicenters.

Read next: Brand advocates are the strongest salesforce you'll never have to hire