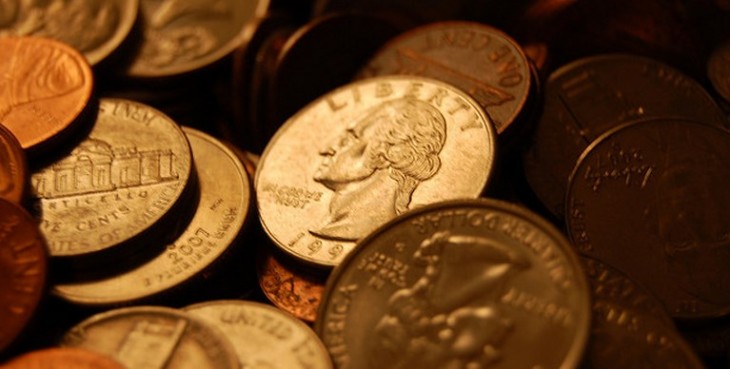 Right, Bitcoin, it’s not doing well at the moment, shedding valuation at a precipitous rate. Bitcoin peaked recently at $266 per unit, and now rests comfortably below the $100 mark. The sudden rise in the profile of Bitcoin, however, has brought out the usual suspects on the hunt for cash: politicians.

The Libertarian party of the United States now accepts Bitcoin, in a move of moderate sense as the libertarian-minded were among the first attracted to the stateless, digital currency.

In a twist that makes legal sense, the Libertarian party is accepting donations in dollar terms, paid for with Bitcoin. You choose the dollar amount you want to give – $5,000 is suggested, perhaps as the group wants to cash in on newly-rich Bitcoin fans – and are taken to a screen like the following:

What’s fun about this is that you can give, say, $1,000 in Bitcoin, and with the current market gyrations only have made a functional donation of $500, or perhaps $2,000. I’ll leave how to manage the accounting of Bitcoin valuation changes and how it is counted under FEC rules to the tax professionals.

Read next: Make.tv enables rebroadcasting to YouTube Live and Ustream from its browser-based production studio