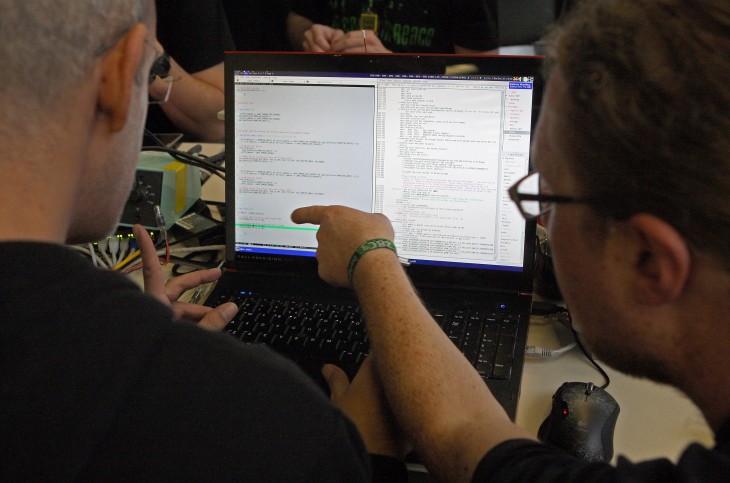 Tweaky, an online marketplace where people can have small parts of their website designed, built or fixed for incremental fees, has reached profitability after launching nine months ago.

Seeing that all-important plus symbol appear on the balance sheet is a monumental milestone for any fledgling technology startup, as it proves the initial concept and business model is working.

It means more to Tweaky than most, however, due to a vow of sobriety which the team took upon launching the browser-based service.

“The basic idea was to give us ultimate focus on the task at hand, to remove all distractions and to bind the team together,” Ned Dwyer, founder of Tweaky said.

“In all honesty at the time we thought this was something we could do in less than three months which sounded like a small price to pay for increased focus and mental acuity.”

Clearly, it took a little longer than three months for the company to find its feet. Tweaky raised $450,000 from the founders of 99designs in July, but that was a finite sum which the team knew wouldn’t last forever.

“Now that we’re profitable our runway is theoretically infinite,” Dwyer told TNW. “This has taken the pressure off from a purely cash flow perspective but the pressure is definitely on for us to grow.”

Since its launch, Tweaky has grown to a team of 10 people and helped 1,500 customers to improve their website, from minor layout adjustments to setting up Google Adwords.

The company says its business is now growing 27 percent on a month-by-month basis – helped no doubt by its public launch in January – although detailed figures haven’t been revealed.

Tweaky admits that it might not stay profitable for very long, however. The plan is to grow the company “as fast as possible”, expanding the team and bolstering its marketing efforts “to take this thing to the next level.”

Let’s just hope they don’t have to take another vow of sobriety when that happens.