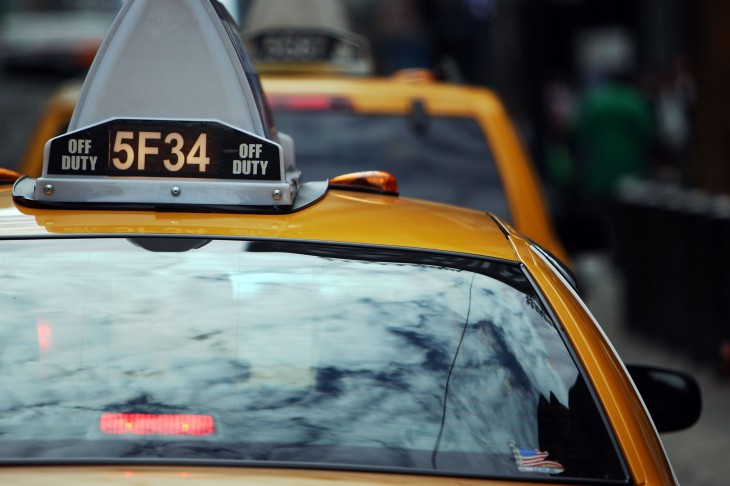 Hybrid taxi cab and ridesharing service InstantCab has found itself on the same side of the law as fellow services Uber, Lyft, and Sidecar. The company has received a cease and desist letter from the authorities at the San Francisco International (SFO) Airport today over claims that the service’s use of private and personal drivers are trespassing.

An alumni of Y Combinator in 2012 and funded by Khosla Ventures, Andreessen Horowitz, RedPoint Ventures, General Catalysts, and others, InstantCab has published the entire letter to the RapGenius website in order to “crowdsource” the true legal understanding of it.

We spoke with Aarjav Trivedi, founder and CEO of InstantCab, who tells us that the issue stems from the company’s use of “community drivers” or non-cab drivers similar to how Lyft operates. He says that SFO authorities have told him that the taxi cab portion of InstantCab’s operation is still okay and Trivedi says that service to and from the airport will continue.

According to the complaint, the San Francisco Airport Commission has deemed that because the cars operating through InstantCab lack the proper operating permit or even the “express permission” of SFO’s director to “conduct business on Airport property”, it believes that the company is an unlawful tresspasser. With that being said, it cites rule 3.3(E) of the airport’s Rules and Regulations which stipulate:

No person shall enter or remain on Airport property and buy, sell, peddle or offer for sale or purchase any goods, merchandise, property or services of any kind whatsoever, on or from Airport property, without the express written consent of the Director or the Director’s duly authorized representative.

In addition, the letter also references rule 2.2  and 9.0 of its policy, which states:

Any person who violates, disobeys, omits, neglects or refuses to comply with any of the provisions of these Rules and Regulations or any lawful order issued pursuant thereto may be denied use of the Airport by the Director, in addition to the penalties described pursuant to federal, state or local authorities.

No person shall operate a business on Airport property unless in possession of a valid Airport Operating Agreement, permit, lease, or under authority granted by the Airport Director or his/her designee.

While this cease and desist notice comes from SFO Airport, Trivedi says that it does not affect operations in the city of San Francisco. He tells us that city regulators have not issued any notice similar to Lyft or Sidecar with respect to those drivers engaged in ride-sharing. The company has held discussions with city officials and while they have disagreed with ride-sharing, it was said they were encouraged about the idea of helping connect “reliable cab drivers” to passengers that need to get around town.

Since its debut last month, the company says that it has provided more than 20,000 rides so far with several hundred drivers available in San Francisco. Because  InstantCab offers drivers the opportunity to either be matched up with a cab or a “community driver”, the fares will vary. As TechCrunch reported, in a cab, the price will be the same as what is on the meter. But with ride-sharing, passengers will have fares based on GPS data taken from the route the driver took.

Read next: AT&T announces that it will commence supporting HD Voice later this year