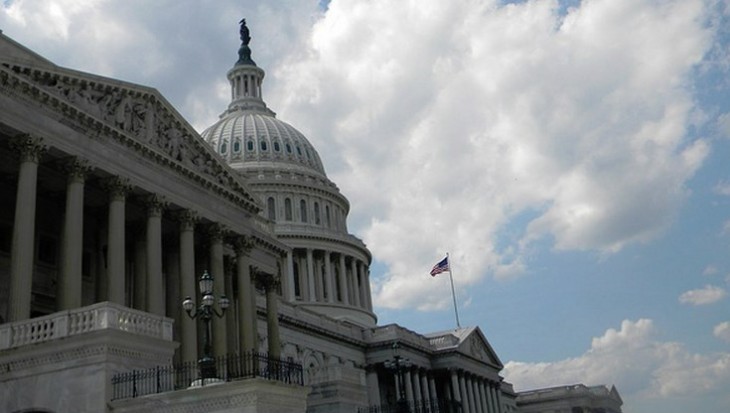 The Senate, currently debating a budget for the US government, may include a provision to require states to collect sales tax on sales from retailers that do not reside inside their borders. Key members of the Senate are considering adding the bill to the current budget resolution.

Passing the Senate wouldn’t enact the concept into law right away, given the current budget climate  in Congress, but as The Hill notes, “garnering the needed 60 votes for the online sales tax measure would show momentum.”

Changing the law would allow states to collect far more in sales tax, but would also reduce the competitive advantage that some online retailers enjoy over their physically located rivals.

To that end, a group, WE R HERE, representing a coalition of self-described “small business retailers” is piping up against it. In its views, which were emailed to TNW, the bill is essentially unconstitutional, and would add such a heavy implementation burden onto small businesses that it would force them to close.

The first argument is stronger than the first. Giving states the right – obliation, even – to manage commcerce between states – could abrogate the Commerce Clause of the Constitution, which reserves that right for Congress. Perhaps they could delegate the authority, but it feels like a legal stretch.

The idea that small companies would be drowned in a sea of new red tape isn’t precisely scary, as previous iterations of the bill in questions contained carve-outs for firms with less than $500,000 in revenue; the smallest would be protected from compliance costs that they likely couldn’t afford.

As TNW reported last year when the measure died in Congress:

The bill would allow states to collect sales tax on all purchases made by its residents, not simply at online retailers that have physical presence in the state’s borders. The House’s bill on the issue would exempt businesses with less than $500,000 in annual out-of-state sales.

That would seem to properly protect both Mom and Pop. We’ll see if this gets any further. That said, the House might simply oppose it on the grounds that it would in fact increase total government revenue.

Read next: This hypnotic visualization of Foursquare check-ins shows the pace of life in NYC and Tokyo