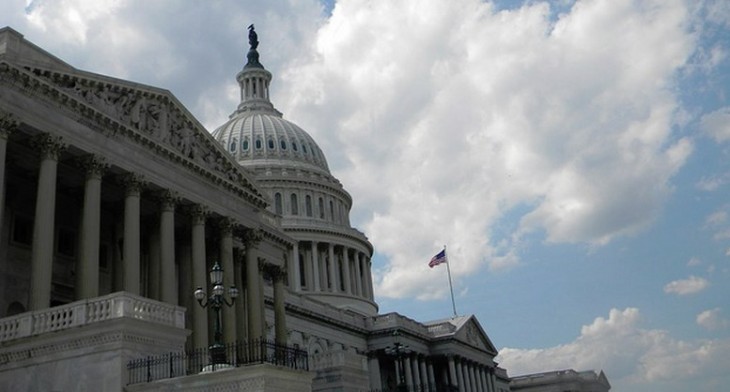 Reforming the Computer Fraud and Abuse Act (CFAA) to prevent massive penalties and potential jail time for something as small as breaking a Terms of Service agreement is something being worked on in the House of Representatives and the Senate.

Rep. Lofgren in the House, Senator Wyden in the upper chamber of the U.S. Congress are working on Aaron’s Law, something that TNW has covered extensively. The goal of Aaron’s Law is to correct the CFAA so that small actions do not receive outsize penalty in the courtroom. It was proposed following the prosecution of Internet activist Aaron Swartz, who committed suicide this year.

As TNW has quoted several times, Rep. Lofgren has detailed the result, if enacted, of her bill as excluding “breaches of terms of service or user agreements as violations of the CFAA and wire fraud statute. [The bill] also makes clear that changing one’s MAC or IP address is not in itself a violation of the CFAA or wire fraud statute.”

One might think that such a bill would be welcome, given its common sense reform of an older statute.

Not in the House, at least.

According to excellent reporting by The Hill’s Hillicon Valley blog that focuses on technology issues in Washington, there has been much – and I would add willfully ignorant – pushback to the reformations that Rep. Lofgren has been pressing for. Here’s how its post described the atmosphere:

House Judiciary Committee lawmakers expressed little enthusiasm for relaxing the Computer Fraud and Abuse Act (CFAA) at a hearing on Wednesday.  Instead, several lawmakers called for toughening the law to combat the growing threat of hackers. Rep. Jim Sensenbrenner […] said he would be concerned with any proposal that would decriminalize computer abuse that is currently illegal.

Well then. To conflate hacking protection with the need to reform an outdated bill that has harmed non-threatening citizens is to be confused enough as to almost not be trying.

During the day, Orin Kerr of George Washington University, and active writer at the influence SCOTUSBlog, called the CFAA “vague.”

TNW works to avoid party-line discussions whenever possible, but I would be amiss in my duty if I didn’t note the fact that Republican lawmakers are opposed to what Rep. Lofgren, a Democrat, has in mind. What sort of incumbency that fact demands I leave to you.

Rep. Lofgren in fact stated previously that she thinks it will take “a very long time” to reform the CFAA, which she feels needs “a broader rewrite.” TNW agrees.