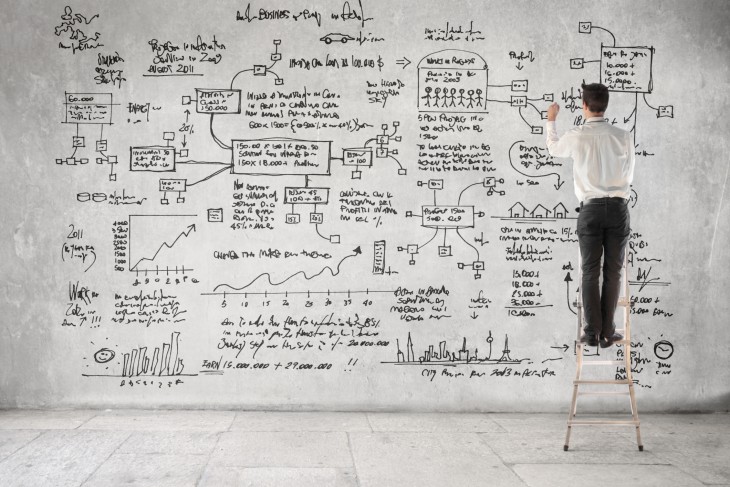 Editor’s note: This is a guest post by Sangeet Paul Choudary, who analyzes business models for internet startups at his blog Platformed.info. He is the author of the forthcoming book, Platform Thinking. You can follow Sangeet on Twitter at @sanguit.

Consider the problem of traveller accommodation. A regular hotel chain would go around studying its competition. It would create a set of features that differentiate it from competition. Finally, it would try to find ways of drawing customers away from competition leveraging these features.

AirBnB did none of those things. In fact, AirBnB applied Platform Thinking to solve the problem of traveller accommodation. It didn’t compete on features. Instead, it created a platform that allowed anyone with a spare room, apartment or island to start running a B&B with access to a global market of travelers.

AirBnB serves as an example of how today’s tech startups compete with traditional industry behemoths without appearing to do so, in the first place. When a platform like AirBnB or YouTube comes in, the established companies tend to dismiss it on the basis of inferior quality. Someone with a mattress in a living room clearly isn’t competing with a motel with room service.

This is precisely the reason these startups succeed in operating without competition. They solve a problem that larger companies are trying to solve. However, their solution is often not considered credible by these larger companies.

Startups are often constrained on finances and resources. Using a platform approach to disrupt an industry that has traditionally been dominated by service or product quality allows a startup to gain traction without attracting the attention of its traditional competitors.

AirBnB’s operational success can be traced to a three-pronged strategy, which forms the basis of competition on most platforms:

This isn’t specific to AirBnB. Platforms like YouTube, Wikipedia, KickStarter, oDesk all exhibit these characteristics to varying extent. We discuss this in further detail below.

AirBnB isn’t the only startup using Platform Thinking. Wikipedia created the world’s largest repository of knowledge without relying on experts. YouTube gets orders of magnitude more eyeballs than any traditional TV channel, largely for a long tail of videos that would never find their way onto television. oDesk allows companies to get work done in an open, global marketplace.

There are two aspects that differentiate these platforms from the industries they seek to disrupt:

The first step to disruption involves a supply explosion as we noted above. The second step involves creation of new user behavior.

A suggestion to shack up at a stranger’s apartment in a new city would have been considered crazy a few years back. AirBnB created an entirely new user behavior when it aggregated new inventory. YouTube redefined what we watch, as a result of the supply explosion. Carpooling.com made car pooling with strangers acceptable.

Curation as a new source of value

Changing user behavior is never easy. Getting users to behave in new ways is difficult, especially when the associated costs and risks are high. Staying at a stranger’s apartments in a new town can be risky (and has been in a few cases). Finding interesting videos amidst a plethora of content on YouTube can be quite daunting.

Platforms solve this problem through curation, a process by which they separate the best from the rest. YouTube, Reddit and Quora have a community voting system that bubbles up the best content. Wikipedia has collaboration tools that allow super-users to correct entries and resolve disputes while editing an article.

AirBnB has invested heavily in its curation mechanisms because of the high risks involved. In some cases, photographers certify hosts’ listings. Moreover, the platform has a robust review mechanism that lets each party rate the other. In fact, a large contributor to AirBnB’s success has been the success of the review mechanism itself.

A strong curation and trust mechanism is the key source of value provided by the platform owner. It is also the most important determiner in the use of many such platforms.

The most important aspect of platform competition is that startups do not remain under the hood forever. They eventually do get around to competing with larger companies. However, they defer this competition to a point in time where they have the scale, traction and momentum needed to compete successfully. Over time, the quality of supply on the platform improves, as we’ve noted with AirBnB. The platform’s ability to match supply and demand, and curate the best supply, also improves, as in the case of YouTube.

This is a pattern of disruption that is repeated often across platforms.
Any service industry that requires significant investment to create supply has the potential to be disrupted by a platform offering lower-level services as long as the platform has a strong curation model.

Startups don’t win because of better technology or features. They win because they use this principle to unlock entirely new markets and create new user behaviors to compete effectively.

Read next: Here's an early look at Bootstrap 3, rewritten to be 'mobile first'