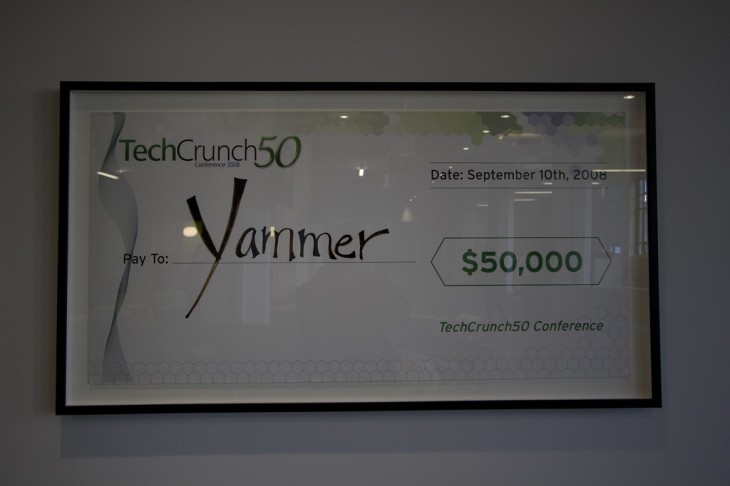 At the 2013 Launch Festival, Yammer co-founder David Sacks took part in the conference’s third fireside chat. During the conversation, Sacks offered to help fund five of the startups presenting at the festival with the formation of the so-called Launch fund.

Update: We’ve heard from David Sacks who tells us that he has committed to investing $50,000 in five Launch companies. However, the actual valuation was still to be determined based on market terms. Additionally, he said that the 20 percent cited below refers to the Launch Fund’s carried interest, which would hopefully go towards funding future conferences.

Although nothing has been solidified as of now, Sacks himself expressed a desire to help event organizer Jason Calacanis to select five companies from the selection of exhibitors and applicants and each would receive $50,000. All in all, Sacks told Calacanis and 5,000 conference attendees that he could be committing $250,000 of his money towards the fund.

We spoke with Calacanis and he confirmed with TNW that he will be following through with Sack’s offer. He believes that this fund will go towards helping sidecar the conference. In return for the capital, startups will give 20 percent equity to Calacanis and Sacks. The hope is that if one of the companies has a big exit similar to Yammer, it will hopefully have a massive return that will help fund the conference. Calacanis says that five startups will be funded each year the Launch Festival is held.

Sacks’ actions is a sign of his generosity back towards the conference that Yammer made its debut in. It was back in 2008 when his company launched and while it received mixed reviews from the judges. Only Salesforce.com’s founder Marc Benioff expressed excitement over the service (and eventually launched its own competitor in Chatter).

After its victory at TechCrunch50, Yammer went on to raise a total of $142 million in nearly three and a half years leading up to its acquisition by Microsoft in 2012. The fact that the judges were not ecstatic about the product did not deter Sacks as Yammer had 50,000 users sign up, which helped to validate the product in his mind.

Read next: Proposed act would require the US government to secure a warrant before reading your email