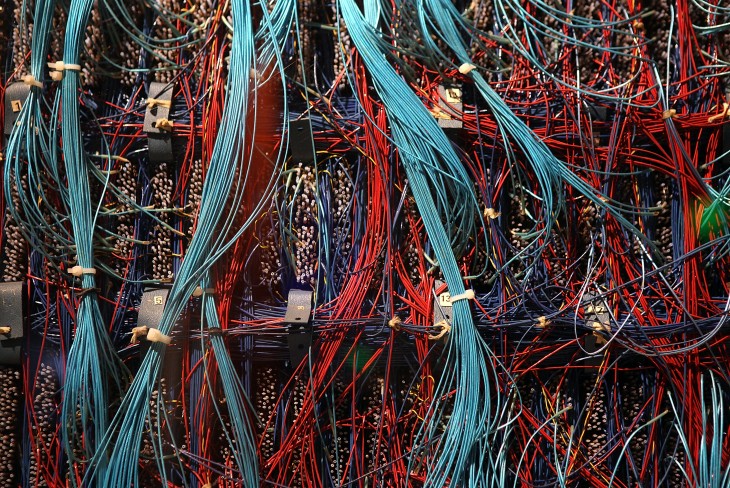 The Disruption Institute, a Kansas City, Missouri-based organization that is dedicated to turning the city into a mobile innovation leader, has unveiled a new scholarship program to encourage developers to build mobile apps and find new ways to help people get connected. To help aid in the education process, it has enlisted the support of Sprint and other companies.

The home of Google Fiber, Google’s super high-speed Internet connection that arrived last year and costs $70 for a “gigabit” of service, Kansas City appears to be the ideal place for companies and startups to be in order to take advantage of what may be the future of the Internet. It offers up to 1,000 Mbps speeds (something Google says is 100 times faster than your average Internet), with no buffering — everything just feels instantaneous.

Previously, The Disruption Institute had organized events around improving the entrepreneurial/tech ecosystem around Kansas city, including the Hack The Midwest and Compute Midwest conferences, but soon realized that it needed to think of a way to have a bigger impact in terms of innovation.

To that end, The Disruption Institute launched its “Fiber Mobile App Scholarship” contest to help take advantage of Google Fiber, which is only available in this Midwest city, although it is slowly expanding. This contest isn’t run by Google or any of the institute’s supporting company — 100 percent of it is by the organization.

The Disruption Institute will select three winners — the ones it thinks has the most viable/innovative app submission and ideas — and give them a full scholarship that covers the $4,000 tuition for the course to learn from experts in Kansas City.

Once there, scholarship recipients will join in on a 12 week course starting on March 4 to learn how to code in iOS and build mobile apps. The Disruption Institute says that connecting people will change lives and also could shape how people and devices interact. One way to achieve these goals is through the use of mobile technology and gigabit speeds.

At the end of the course, students will be able to create their own idea on how to innovate using Google Fiber.

To help with its program, the organization has received support from multiple companies interested in mobile app development for faster speed Internet. Perhaps the biggest name is Sprint, which offers students an interesting mobile perspective.

Others include One Louder Apps, the creator of Tweetcaster, Sporting Innovations, the company that developed the technology for the Major League Soccer team SportingKC, and Intouch Solutions, developers of the GoMeals app which has over 500,000 downloads.

It’s no doubt that fiber is going to help usher in a new era of high-speed connectivity. In the world, there are more than 5 billion mobile devices and operators like Verizon, Sprint, AT&T, and T-Mobile are scrambling to try and provide greater service and support — we’re seeing pushback already with the elimination of unlimited data plans. But the infrastructure needs to improve as mobile data traffic is expected to increase 39 times between 2009 and 2014, of which 66 percent will be video, according to a Cisco study.

According to Lightwave Online, an optical communications publication, mobile operators need to upgrade their legacy T1 backhaul connections from cellular base stations to fiber, while also increasing the network density by installing more fiber-bed base stations in more places. If you need to take one thing away from that, know that it’s that fiber appears to be the future of telecommunications.