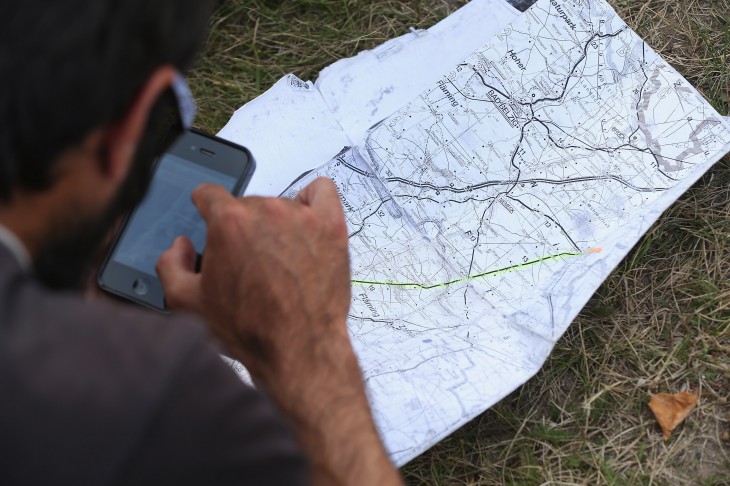 Today, Yahoo has acquired the location-based mobile startup Alike. In doing so, Alike will be added to Yahoo’s mobile group in a bid to bring additional personalization to its offering. The startup posted on its site today that it will no longer be supporting its iPhone and Web apps.

In a statement on its site, Alike stated that it has always been passionate about creating intelligent mobile experiences. It believes that by joining with Yahoo, it will be able to follow through with its vision of using distilled information, that is deeply personalized and accessible anytime and anywhere will make the mobile experience an essential part of user’s daily lives.

Alike is an app that ranks recommendations based on how similar it is to what you’re looking for. It helps people share and discover nearby restaurants and venues that they’re interested in.

This isn’t Yahoo’s first time purchasing a location-based service. Notable ones include the Asian check-in service Koprol, which it let go last year and , most recently, the mobile recommendation app Stamped.

Yahoo seems to want to move forward in making its mobile offerings appealing to users. Last month, its CEO Marissa Mayer said during its Q4 earnings call that the company has 200 million active monthly users — definitely a compelling reason to up its game in the space. She stated that mobile is one of the company’s ‘big four’ product categories and that while it is a ‘nascent’ revenue source right now, it’s believed that as the consumer use segment grows, the revenue problem will be solved from a monetization perspective.

However, in bringing Alike into the fold, it faces numerous competitors in the location-based space, including Foursquare, Yelp, and Facebook Nearby.

Foursquare itself is definitely making an impact on the space, having launched venue pages that can be shared outside its service, seen its first venue amass 1 million check-ins (not surprisingly, it was the world’s busiest airport), and released a business-focused iPhone app with analytics.

At the recent World Economic Forum, Mayer told Bloomberg that search is a daily habit for people. Similarly, what people do on the phone has become a daily occurrence  whether it’s checking email, looking at the weather report, reading the news, and more. In a way, Mayer believes that both mobile usage and search are intertwined with each other around the idea of personalization.

I think the right way to think of it is not that it replaces search, but that it becomes a critical part of search. One provocative way of thinking about it is, is in terms of a lot of people say when you type into this search box, that’s your query. In the future, you become the query. It’s what you type, your background, its where you are, your preferences, what you looked at yesterday. The search box can take all of that as the input and come up with a set of resutls that are customized for you.

In the future, you become the query. It’s what you type, your background, its where you are, your preferences, what you looked at yesterday. The search box can take all of that as the input and come up with a set of resutls that are customized for you.

Yahoo released this statement: “Yahoo! has acquired mobile startup Alike. The Alike team created an app that focuses on personalization — using the restaurants and places you like to find the ones you’ll love.  We were very impressed by the team and their approach to building personalized experiences. The entire Alike team will join Yahoo!’s mobile organization in San Francisco and Sunnyvale.”

Terms of the deal and purchase price were not disclosed.

Read next: It's time you met Realtidbits, a profitable, flexible, custom commenting service for big websites