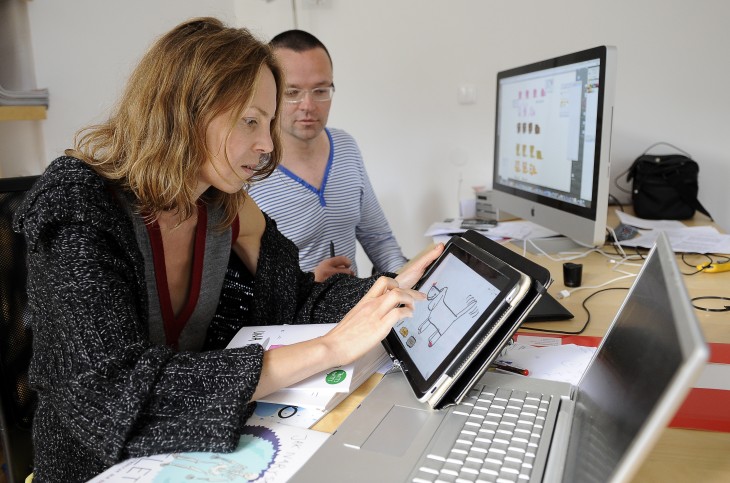 Tomfoolery, a service looking to develop consumer quality, mobile-first software for the enterprise, has just raised $1.7 million in seed funding. With this investment, the company says it will spend the capital on hiring more people and will use it to focus on developing its product.

Morado Ventures led the round of funding along with Sam Pullara, a Managing Director at Sutter Hill Ventures. Other investors include Andreessen Horowitz, Jerry Yang of AME Cloud Ventures, CEO of YouSendIt Brad Garlinghouse, TechStars NYC co-founder David Tisch, and other angel investors.

Tomfoolery is a company that operates as a platform and will produce an unknown number of apps that target the enterprise in order to make it fun again. Each app will be developed using a mobile-first strategy and addresses the social need within the workplace. It has consciously on the lookout to see what works and what doesn’t within an office and that thought process goes into helping the company create the apps it believes workers will want.

Founded in 2012 by Sol Lipman, founder of Rally Up and 12Seconds.tv, and Kakul Srivastava, former General Manager of Flickr, Tomfoolery is looking to help make work “awesome”. It is seeking to exploit the concept of consumerization of IT whereby workers bring their own devices to work and are also the ones who are becoming decision makers in an office.

Lipman tells us that he first met Srivastava back in 2012 when the former GM of Flickr said she had a vision on how to help make the workplace better. She believed that people are making their lives better with awesome mobile apps, so why couldn’t the enterprise? In starting Tomfoolery, the founders stuck to the goal about thinking about the workplace from the perspective of the consumer at work.

As Srivastava puts it:

In your personal life, social media applications are beautiful, their functionality is meaningful, and they let you make real, human connections. At work, today’s enterprise software makes us feel about as close to our coworkers as strapping spreadsheets to carrier pigeons.

People at work aren’t robots — they’re consumers who expect great software. At Tomfoolery, we’re creating an entirely new kind of collaboration toolset, built from the ground up, for the modern worker.

One of the investors, Jerry Yang, who also is the co-founder of Yahoo, believes that the opportunity for mobile to disrupt the enterprise workplace is rather appealing and tremendous.

So far, Tomfoolery hasn’t created a single product. However, it tells us that it will be launching its first app in the future. Its philosophy is that anything that is built will need to be for someone who will want to use it. It must be team-oriented instead of broadcast-oriented.

Even the company name is in recognition of its philosophy. Lipman says that it was chosen so that it conveys the message of bringing fun back into the enterprise. He hoped that people would understand that what makes a company fun can be “bottled up” and brought to the enterprise — something that he had experienced while at AOL.

Today Tomfoolery has a team of six people on its staff, including the former engineering lead of social at Tiny Speck Inc, Simon Batistoni, and the former senior technical director of mobile first at AOL, Ethan Nagel.

Read next: Game livestreaming tool Twitch partners with Call of Duty to help bring the title to the masses