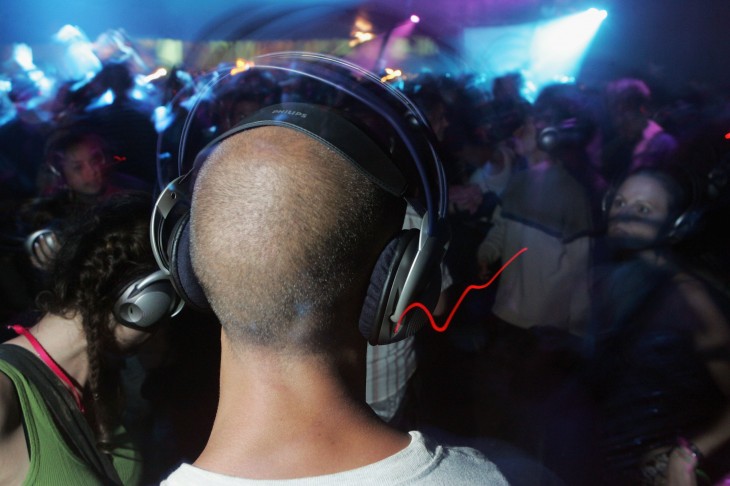 Music subscription service Rdio has launched its free music streaming service internationally, giving listeners in 15 of the 17 countries it services access to over 18 million songs in its library. Listeners in the UK, Australia, Belgium, Canada, Denmark, Estonia, Finland, France, the Netherlands, New Zealand, Norway, Portugal, Spain, and Sweden will be able to stream music whenever they want.

In the United States, Rdio’s music streaming service is currently available, having launched in 2011 with listening limits that refresh monthly. Today Rdio is giving all its users free listening for up to six months to test out the new service. In doing so, it hopes to rope users in and get them hooked so that they will convert into paying customers.

With this release, Rdio is entering a world where it will be competing against Pandora, Slacker, and other services. It believes that free is a powerful way to help get people in the door. The company says that it’s designed to “appeal to people with ears and hearts” and that its users can listen to music through the Web or any of its desktop apps for Mac and Windows.

Once the six month period has expired, users who wish to continue listening to music through the Web can sign up for one of Rdio’s subscription plans. In the US, there are two options: the first one, Rdio Web, comes with unlimited web streaming and is $4.99 per month. The second, Rdio Unlimited, is priced at $9.99 per month and offers unlimited Web and mobile streaming, along with wireless syncing to listen when offline. Rdio cautions that these prices may vary by country.

Although the service is available internationally, two countries are not participating: Brazil and Germany. The company says: “Rdio’s focus is to continuously advance their product and features across all of their active territories. However, availability and timeliness of features and offers is sometimes determined by their partners. Rdio will continue rolling out new features and offers across Rdio territories as they become available.”

The launch of a music streaming service comes as Spotify is in the midst of rolling out its browser-based music app and Rhapsody debuts its music streaming app for the iPad.

Rdio was founded by Janus Friis, one of the creators of Skype, and is available on the Web, along with  iOS, Android, BlackBerry, Windows Phone, Mac, and Windows devices. It has raised $17.5 million in funding.

Read next: Tvinci's 'Over-the-Top' TV platform service steps into Asia as it launches in Singapore with MediaCorp