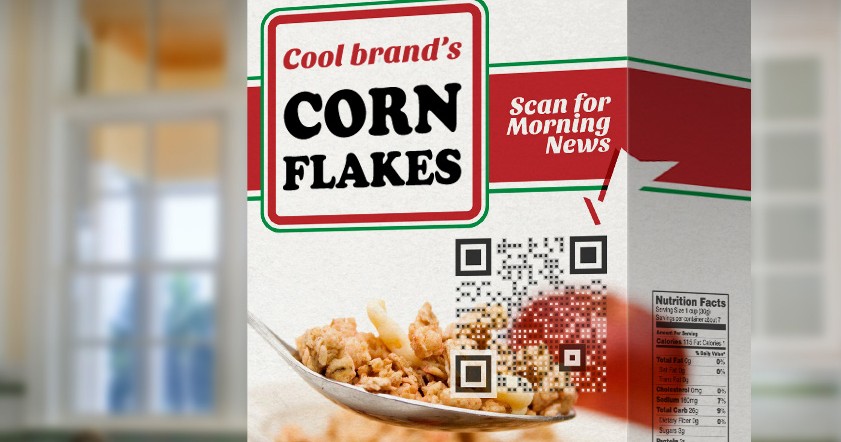 I can think of few things in technology as widely detested as the QR code. Israeli startup Visualead understands that problem and is looking to make them more palatable with the release of a new revision to its visual QR code standard.

Visualead says the new technology fades the look of standard QR codes by as much as 70%.

As you can see in the below image, generation 2 of the company’s visual patent pending QR code is still partially visible, though it’s definitely a step up from the usual QR eyesore. Generation 3, which is coming in a few months, is where things really get exciting, as it’s basically just a box to let you know where to scan.

“We think of our product as the ultimate marriage of QR code and image recognition technologies; essentially, an invisible QR code,” said co-founder and CEO Nevo Alva.

These visual QR codes are designed primarily for marketers and advertisers, but individuals can make their own codes on Visualead’s site for free. Users who can a free code will be taken to a short landing page before continuing on to their intended destination. Small businesses can pay $14 per QR code to skip the intermediary page. The company is also working with brands to offer its services on a larger scale, complete with analytic reports.

I asked Alva why the startup decided to use the QR code, given that it’s so unwieldy.

“We actually saw that many people are using [QR codes] in the business side and are trying to engage their consumers using the QR codes, but they don’t live up to expectations,” he said. “The world is going mobile and we understood that we should improve this technology, we can take this technology that everybody knows and make it more engaging – more for humans and less for machines.”

“We consider ourselves a hybrid solution of the regular, standard image of the QR code and the interactive, visual platform that enables a more engaging experience with the user.”

Alva says his team has image recognition specialists who are experts in their field. The company’s goal is no less than the end of the QR code as we know it, and the establishment of a more engaging and visually appealing standard in its place.

“We want every QR code to become visual, we can’t find a reason why not to. Our main goal is to distribute, to make it a world standard,” Alva said, adding that the company has already been approached by a number of partners that are excited about the technology.

The beta version of its second-generation QR code generated 50,000 QR codes and processed over half a million scans since it went up  on the company’s website four months ago.

Read next: Review: jOBS is an entertaining, if impressionistic, portrait of Steve Jobs as a young man