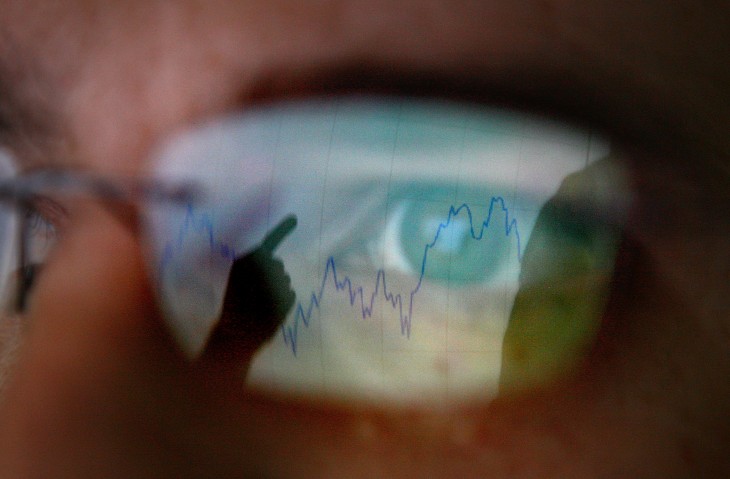 Social intelligence is alive, at least according to Swipp. This new startup has launched its service to the world with the intent of taking every day social expressions and helping to turn them into a usable form of social data. And it is taking the challenge head on by releasing not only a consumer app, but a whole suite of tools for the consumer and enterprise audience. The company believes that the collective knowledge of the social graph holds a great deal of value as it “represents what everyone is thinking at a particular time.”

Started by Don Thorson, Charlie Costantini, and Ramani Narayan, all “sophisticated technology veterans” in Silicon Valley, the idea behind Swipp emerged from finding a way to merge what they call the Social Graph with the Knowledge Graph — two key concepts that are being used by Facebook and Google, respectively. As people who have been on the forefront of innovation working in the beginnings of the video game industry to telecommunications, Swipp’s founders tell me that they’ve always wanted to “aim for the fences” with their next endeavor, and they’re hoping this is it.

After Thorson and Costantini left Ribbit, a phone company that was purchased by British Telecom, where they both held executive level roles, they decided to look at the “fundamental forces in the universe that are going to happen” because it was there that they thought the next big thing would come from. What they came up with is the social and knowledge world and realized that people wanted to be connected, but that they were separated by legacy tools — in the social world, a standard data structure, archive, or reporting tool existed, while in the knowledge world, it’s all about intelligence, but it’s not in real-time. From here, Swipp was started to help form a “new data structure” that will enable the world to be socially informed.

Swipp currently offers a host of tools for its users, including a website, mobile app, iPad app, widgets, data dashboards, and an API. It’s a bold undertaking by the company to provide all of these services, but from our chat with the founders, it matches their motto of “swinging for the fences.”

With the service, anyone can sign in and conduct a search based on a specific topic (similar to a hashtag on Twitter). You might want to run a search to see what people thought about the US Presidential Inauguration or perhaps might want to know what people are thinking relating to the Super Bowl game. Regardless of your search, once you find a topic of interest, Swipp allows you to express your feelings about it. So if you are on a topic about San Francisco, you can select how you feel about it on an 11 point scale (from -5 to +5).

In addition, photos and comments can be left to support your feedback. Everything is tallied up in real-time and displayed on the page for everyone to see. Metrics include the number of people who “swipped” over the topics lifetime and that day, geo-locations to show where people are commenting from, and more.

Users have the option of creating their own topics or choosing from one of 10 million already in the system provided by Freebase, the Google-owned collaborative knowledge base similar to Wikipedia. In addition, 4 million photographs are also included. So when a search for a topic like Big Ben is run, the service will also display information pulled from Freebase to help offer context, that includes historical information, statistics, other facts, and photos.

Topics are also displayed according to relevance with those categorized appearing at the top of the results — those categories are determined by what’s inputted into Freebase. If a user creates a new topic, then that would appear near the bottom of the list.

All photos added to Swipp are archived and collected, but stored within that specific topic — so that photo of Big Ben will not be duplicated anywhere else in the system. Eventually, the company tells us that it hopes to have videos, maps, links, and real-time news aggregators displayed within each topical page.

Swipp doesn’t pull from any other service like Twitter, Facebook, or Google+, so one of the things that it will have to deal with is a difficult uphill battle to acquire users. However, the founders tell us that they’re not afraid of that and should they succeed, their database will be filled with lots of useful data for others to leverage.

The developer and API appeal

As mentioned earlier, Swipp is not just releasing a consumer-facing app — it’s launching services geared towards publishers and developers that it’s calling Swipp Plus. With this program, companies can use the service to bring conversations happening on Swipp right into their websites or application. Instead of driving users away from their sites, businesses can keep it all within the same domain.

Through the use of widgets, publishers can embed the conversations right into their websites. The company says that creating a widget is easy and it’s free to build an unlimited number.

Developers can also take advantage of the service’s API to incorporate it into their services. Similar to a review service that you might encounter on Amazon or sites like Best Buy, Swipp basically lets you create your own review mechanism or find a useful way to incorporate social intelligence right into their products. The company says that with an open API, it enables developers to unlock a new layer of insight while adding “immediate value” to their customers.

Swipp is not only available in English, but four other languages, including French, German, Spanish, and Portuguese. It has been pre-populated with millions of terms reconciled across all five languages to have a real global experience.

While the company certainly has some interesting ideas behind it, one of the things that will most undoubtedly cause someone to be dissuaded is the lack of integration with other social networks. The fact that someone needs to sign up for “yet another social network” may convince someone that it’s not worth participating in. The founders know that any customer acquisition strategy will need to be a great one because Swipp is facing an uphill battle to get them to sign up.

In a sense, the service is similar to other social intelligence services like Radian6, ScoutLabs, and others. We asked Swipp why it decided to be introduced into this market when all the major services have been acquired by other companies like Salesforce: with several industry companies already exiting, isn’t this the tail end of the market that it’s entering? Swipp doesn’t think it’s the end, rather the beginning of the intelligence market. It believes that there is much more room to play in the future.

To date, the company has raised $3.5 million in funding from Old Willow Partners.

Read next: HBO extends its deal with Conviva by six years to improve video streaming quality on HBO GO