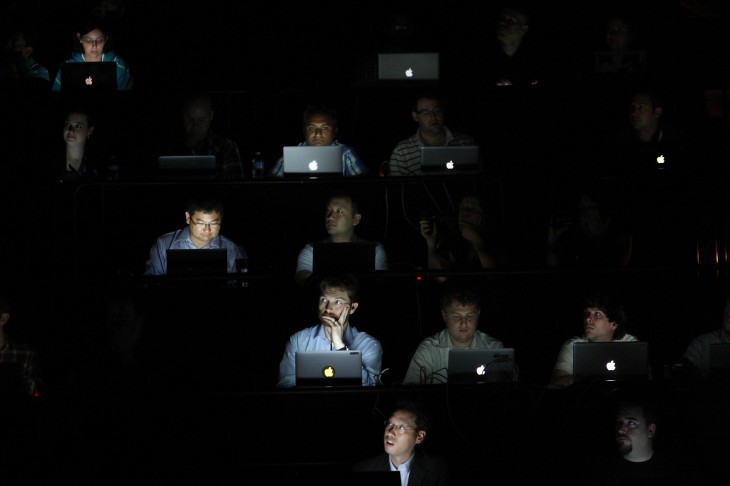 Question and answer social network Quora has launched a blog service that it hopes will allow more users to share in-depth knowledge about topics that they’re passionate about. The company believes that knowledge sharing has typically been about the writing and what it hopes to achieve is help alleviate the struggle some have about finding an audience. With this news, the company is also launching a new feature for its Quora for iPhone app: rich-text editing, which it will be launching “soon.”

When someone posts a question on Quora, it’s usually one that’s treated professionally by the community. Sure, there are funny ones such as “how can you lay siege to the Magic Kingdom?”, but for the most part the questions are responded in a courteous and lengthy answer — not something one would typically see within the comments section of a blog. And for the most active contributors/writers, the views can be quite enormous. In the span of a year, most writers receive between 300,000 to 400,000 views while the most active writers receive up to 1 million views.

It’s important to note that this isn’t the first attempt that Quora has made to release a blog-like feature (h/t to Brittany Darwell). In 2010, the company announced Quora Posts, which co-founder Adam D’Angelo described as “answers without a question” and were used to share knowledge related to questions that simply didn’t fit into the traditional Q&A format. With this “refresh” of sorts, it looks like Quora is giving it another shot.

But while people choose to share individual questions, there are often times when some may want to further promote their expertise in a particular topic or industry and with the introduction of blogs on Quora, this could give them the opportunity to thrust them into the spotlight of being a Subject Matter Expert. Building an audience on the Web is a tough and time-intensive thing for anyone, but with Quora, the company says that a blog can be created, assigned to one of the 300,000 topics available, and instantly be seen by thousands of users who could engage with it in some manner, be it sharing on Facebook and Twitter,  promoting it, or commenting.

The company says its blogging platform is focused on three specific audiences:

Fundamentally, blogging on Quora isn’t going to be that much different from what millions normally do. It tells us that it’s just the same distribution system, but a different writing mechanism. Users can create any number of blogs across a variety of topics no matter how generic or specific. Each one will have its own vanity web address (e.g. subdomain.quora.com). Each blog has a choice between two themes: a basic themeless view or Loose Leaf, which has been developed specifically for readability, typography, and a minimalist layout. It has also been optimized for mobile browsing and “readily visible inside Quora for iPhone and Android apps.”

One of the groups that the Quora blogs feature was designed for happened to be those who wish to write on their mobile phones. The company tells us that coming soon (at least in the next few weeks), it will be releasing an update to its Quora for iPhone application that will remove the burden some have about plain-text editing and replace it with a rich-text version.

In a blog post, Quora says that mobile devices have typically provided a one-sided knowledge sharing experience in that it’s good for reading, but not for writing. You could look at anyone these days and see that the pain they feel is when they have to compose a lengthy email or message to send to someone. Ideally, it would be great if there was a way to incorporate bulleting, text formatting, inserting images, and much more. Quora has recognized this need and with its iPhone update, users will be able to access these features through the tap of a button.

The new Quora for iPhone will contain the following features:

With this update, the company hopes that it will eliminate two key problems that people have: lack of distribution and poor editing tools. Quora says that mobile bloggers will find this to be a useful tool.

Quora’s moves surely fall in line with what co-founder Adam D’Angelo was talking about when he published a post about the company’s mission. In that address, he stated that Quora was out to “share and grow the world’s knowledge” and through the addition of these tools, it could look to accomplish that. However, with quite a few options for people to use to pen their thoughts, getting them to adopt what the service is offering could be rather difficult. From Tumblr to WordPress, Medium to Subvtle, what are we supposed to do? Sharing posts across different platforms can be rather tedious and many will probably resign themselves to one service.

However, the company hopes that in the end, people who have a topic or interest that they wish to share more about will create their own blog and offer up their knowledge for others to learn from.