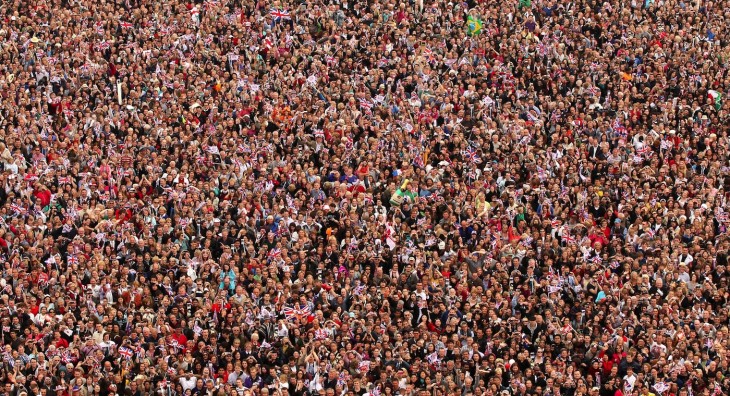 When people think of crowdsourcing, they often think of it as a tool for entrepreneurs and small businesses – and they’re right. Small business users have powered explosive growth of crowdsourcing services in the last 5 years (from stock photography to logo design crowdsourcing). What many don’t realise is crowdsourcing is being used more and more by the world’s biggest brands, governments, politicians and celebrities.

In 2012, many of the world’s top 100 brands and most influential people used crowdsourcing. From the world’s number one brand (Coca-Cola) to the world’s most powerful man (President Obama), crowdsourcing continued its rise from Main St to Hollywood Boulevard, Wall St and the halls of Washington.

In this article, we will look at 12 of the best, worst and weirdest crowdsourcing projects from big brands, politicians and celebrities in 2012.

At the top of the list is Coca-Cola. Ranked as the #1 brand in the world in 2012, Coca-Cola has used crowdsourcing in its marketing mix a number of times in the last few years and 2012 was no exception with Coke running crowdsourcing design and brand ideas and also crowdsourcing marketing and video ideas (receiving over 3,600 submissions).

Unfortuntely for President Obama, whoever organised the campaign made a mistake. President Obama forgot to offer prize money or payment for the winners. An oversight given the posters were promoting jobs for Americans – woops. Despite this, the contest delivered some fantastic designs (and reinforces crowdsourcing best practice: always offer prize money when crowdsourcing creativity)!

In one of the funnier (and more controversial) crowdsourcing initiatives of 2012, Greenpeace crowdsourced environmental activitism by running a contest to get satirical and subversive Shell Oil “Let’s Go” advertisements (which stemmed from Shell’s own social media and ad campaigns).

Doritos crowdsourced their 2012 Super Bowl Ad (“Man’s Best Friend”). 2012 was the second year in a row that the winner of Doritos’ Crash the Super Bowl contest involved a canine, with Jonathan Friedman (and his Great Dane dog) pocketing a cool $1M in prize money and having their ad played during the Super Bowl broadcast.

In January, Madrid revealed their logo for their 2020 Olympics bid that was crowdsourced via a country-wide design contest. The logo contest cost €6,000 which stacks up favorably to the London Olympic’s 2012 logo that cost £400,000, but caused controversy as it appears to read “20020” rather than “2020”.

In 2012, Toyota – another top 100 global brand (that crowdsourced their own logo in 1936 via a logo design contest) – ran their 6th annual, worldwide Toyota Dream Car Art Contest for children.

Sheyden Yoshimura (11 years old) was just one of the winners from Hawaii with his “Earth-friendly eco-truck”.

Google – rated the 4th best global brand of 2012 – is constantly leveraging crowdsourcing. From their search engine algorithm (that relies on collective intelligence of billions of webpage links) to their ongoing Doodle4Google program and of course YouTube – Google is a great proponent of crowdsourcing. One new project Google launched in early 2012 was Google’s Consumer Insights tool which helps businesses gather opinions from the crowd for $0.10 a pop.

As proof you can crowdsource anything, Justin Vernon (lead singer of Grammy award winning band Bon Iver) crowdsourced a new tattoo. Vernon offered a modest $299 and received 59 designs (selecting the winner below).

NASA experienced mega budget cuts this year and in an effort to invent turned to crowdsourcing ideas for future Mars missions from boffins around the world. In a sign it was really getting its innovation on, NASA also decided to broadcast a will.i.am song on Mars.

The Occupy Wall Street movement’s website (Occupy.com) crowdsourced its logo and received 7,897 designs in one of the largest crowdsourced contests of 2012! Crowdsourcing seemed a particularly apt choice for Occupy.com given crowdsourcing provides opportunity and earnings to ‘the 99%’.

Budweiser (listed as the 31st best global brand in 2012) chose to crowdsource 12 new beer flavors from the public via “Project 12” (and a website setup on Tumblr).

The new Yahoo CEO’s pregnancy gained international coverage when it was revealed she was crowdsourcing her baby’s name. Respect.

2012 was a big year for crowdsourcing with the movement counting an American President, Google and Bon Iver amongst its users. While there were some botched crowdsourcing projects, overall, crowdsourcing was on fire in 2012 and had (arguably) its best year yet.

This year’s crowdsourcing projects have already commenced (Doritos’ 2013 Super Bowl ad competition underway with Pepsi have teamed up with Beyonce to crowdsource their Super Bowl introductory video. The question is, what other big brands, governments, celebrities and politicians will turn to the power of the crowd in 2013?

Read next: Easy infographics, a 'GitHub for the real world' and a Roomba for solar panels win at Hy Berlin