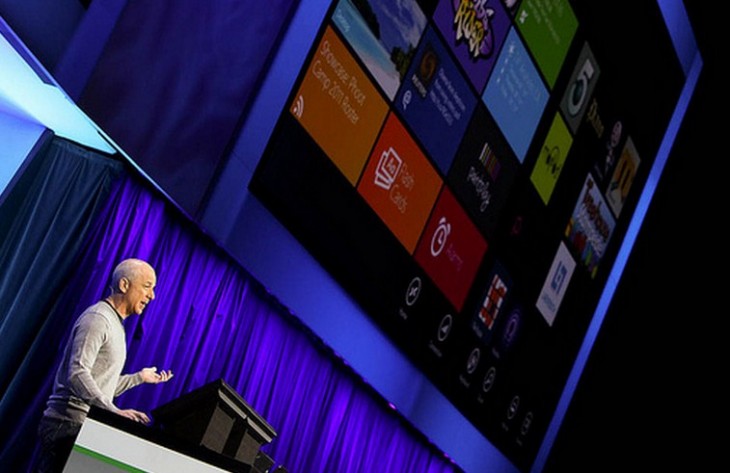 Steven Sinofsky may no longer hold the Windows reins at Microsoft, but that certainly doesn’t mean that he intends on stepping back from the public sphere. Made famous for his work on Windows 7 and Windows 8, and the Surface tablet, Sinofsky left Microsoft sharply following the release of the latest iteration of the company’s operating system.

That departure was rumored to have been less than voluntary.

Today, Sinofsky announced a new blog, Learning by Shipping, that will provide a platform to continue his writing on product development. He became somewhat infamous for his lengthy pieces in the Building Windows 8 blog, often unloading nearly five digits worth of words onto the unsuspecting tech community. It became a running meme if one had in fact read the entire latest Sinofsky missive.

Steven also intends to teach at Harvard Business School. The author of a book, “One Strategy: Organization, Planning, and Decision Making.” I highlight that to make the point that Sinofsky’s post-Microsoft moves are within keeping of his past acts.

His exit from Microsoft was rumored to have had two key components: an inability to be a team player – in the Microsoft sense – and clashes with the firm’s CEO Steve Ballmer over product decisions such as the inclusion of broad touch support in Windows 7. TNW found the removal of the executive to be troubling, noting that it is hard to name “the crazed, zealous, perfectionist, secretive, fief-building asshole at Microsoft not named Sinofsky who could have pulled off the Surface hardware project and Windows 8 in parallel.” Sinofsky had been widely discussed as a potential next CEO for the company in circles not part of the official Redmond dialogue.

For those hoping for gritty details of Microsoft infighting, Steven intends to disappoint:

The focus on this blog won’t be about specifics or the past regarding Microsoft, of course.  Some topics might come from current events as the basis of more general posts. In previous blogs, most all of the topics came about through interactions across the team.  In this new blog, I am hopeful that there can be a rich dialog about the “how” and “why” of building products in our industry and that serves as springboard for posts.

He goes on to specifically state that the new publication will be “free of snark and ad hoc criticisms.” TNW has its eye on the publication.

Top Image Credit: BUILDWindows H/T to The Verge for spying the new blog.