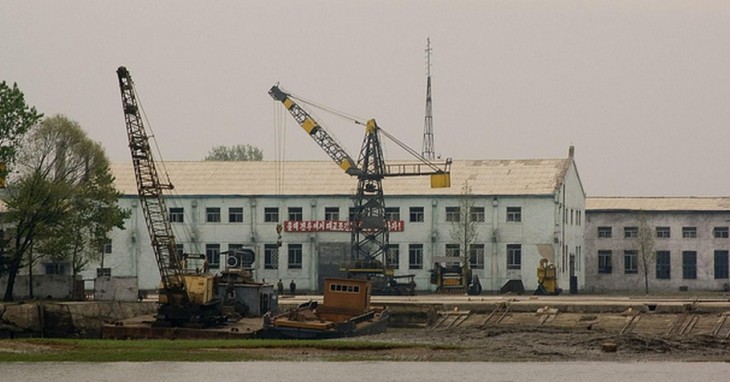 Google’s executive chairman Eric Schmidt will head to North Korea in the next month, according to the Associated Press. The trip, a private excursion, will be led by former New Mexico governor Bill Richardson.

Internet access is not common in the country. Apart from an intranet, the ability to fully go online is heavily restricted. Given that North Korea is a state noted for repression, political backwardness and forced worship of dead leaders, it’s hardly a surprising fact that the Internet isn’t a common tool within its borders.

Schmidt has been a vocal proponent of spreading Internet access. In June of 2012, he stated plainly that “the World Wide Web has yet to live up to its name.”  At that same event, he went on to state that Google was born “with its goal of making information accessible to the masses.” Given that Schmidt wishes to extend Internet access, and help bring information to common folk, his visit to North Korea has more to it than an overtone of extreme tourism.

In its report, the Associated Press noted that Kim Jong Un has proposed an industrial revolution of sorts for his country that he inherited by birth, calling for “science and technology as a path to economic development for the impoverished country, aiming for computers in every school and digitized machinery in every factory.” It’s in a way sad to see North Korea fighting to reach a level of technological sophistication that the developed world surpassed in the past millenium, but at the same time such modernization could lead to improved economic conditions inside the country, and thus perhaps less starvation.

Google itself has a history of knocking gloves with entrenched regimes in nation states intent on suppressing information. The company sparred with China over censoring its search results. Google now redirects Chinese traffic to its Hong Kong website.

It appears doubtful that Schmidt has any official Google business to execute in the country, as his trip has been labeled as private. Still, what he sees in the country could color his views, perhaps sparking a sharper Google response to future attempts at censorship.

Read next: Here is what happens when a GameCube and an N64 make a baby