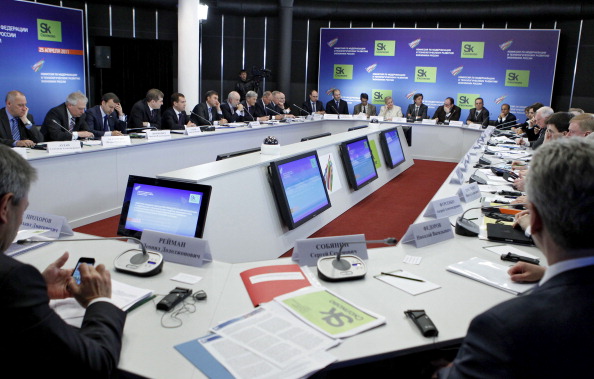 Russian innovation center Skolkovo has announced its preliminary results of 2012, boasting several hundred new companies, more than a hundred intellectual property items and $97 million given to startups in grants.

Two years since it was launched, “Russian Silicon Valley” is showing pretty good results — at least in attracting companies to become its residents.

Alexey Beltukov, Senior Vice-President Development and Commercialization of the Skolkovo foundation, has named the 750 residents that the innovation center had as of November 30, the main achievement for Skolkovo in 2012, RIA Novosti reports. The combined revenue of Skolkovo residents reached $13 million.

Just eight months ago, in April, there were only 180 companies signed up to get member status. Now Skolkovo receives about 50 applications from companies each week and approves roughly a fifth of them. Applicants mostly aim at the IT cluster, while the least popular parts of the center are nuclear technologies, space technologies and telecommunications.

One of the most active international companies partnering with Skolkovo is Microsoft, who recently signed an agreement to double its presence in the innovation center by 2015.

In other numbers shared by Beltukov, Skolkovo in 2012 spent some $97m on grants for startups, including those given to Java-hosting startup Jelastic and security specialist Group-IB.

Skolkovo’s grants are usually co-financed by one or a few of 49 accredited venture funds, whose share in funding averages at 40%. Also, Skolkovo members in 2012 created 131 intellectual property items — 31 more than expected.

However, not all the expectations were met, as Skolkovo Technopark’s revenue, planned at $1.6 million, reached only $649,000 as of November 30.

The project was started in November 2010 by the Russian government, which has committed to spending $1 billion each year on it. Skolkovo innovation center includes several clusters: Information Technologies, Energy Efficient Technologies, Nuclear Technologies, Biomedical Technologies, and Space Technologies and Telecommunications. By mid-2014 a full-scale city is set to be built, consisting of a university, residential areas, conference facilities and more.