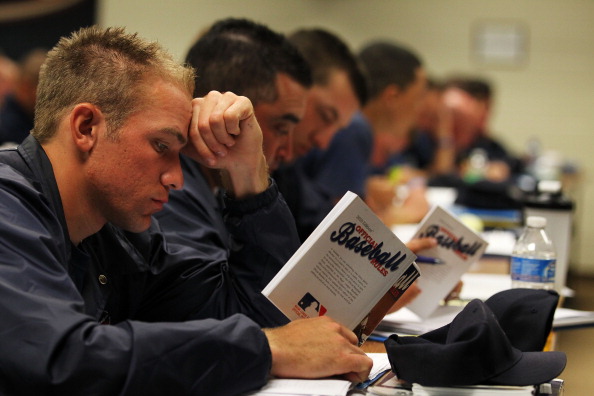 Back when we were in school, it seemed like the most common thing we had to do was memorize facts and figures in each of our classes. It was all about remembering things. Sometimes though, we can’t learn everything in the classroom and maybe even need that extra bump to help us find a way to improve our lives. Cerego says it wants to be that resource to help foster education and today, it’s launching its service in beta within the United States that will supposedly help improve memorization of key things that are relevant to your life.

Billing it as a service that will give students and lifelong learners the chance to “learn faster, remember longer, and manage their memory for a lifetime”, Cerego is using its technology to allow anyone to develop their own educational course that can be used to help them brush up on that particular topic — and it can be anything, from mathematics, science, philosophy, basketball trivia, television , or whatever tickles your fancy.

Students can begin to take the course on either their desktop or on tablet devices. Users will see an image, be asked if they recognize it, and then be prompted to identify it based on five possible multiple choice items. Each selection offers its own response and in the end, all answers are recorded and used to measure the rate of information absorption and memory decay.

We are revolutionizing how people learn. The task of calculating the optimum moment to study a unique item while processing a vast amount of information, such as a college course load, is beyond the capacity of the human brain. We have created the ability to actively manage your memory, over a lifetime, at a very granular level. And that is the future of education and learning in more than one way…

Started in 2000, the company first set its sights on proving itself in Japan. It has created a system for language acquisition that helped train over 1 million Japanese students to speak English, something that it says is much better than what you might get with Rosetta Stone. Seeing the promise of the system, it decided to go after the education system in the United States and offer up a platform as a means of self-learning instruction and something that’s not going to supplant the traditional educational institution.

Right now, the company has seeded 50 courses in the system and will most likely be adding 50 more, but will not be actively populating the site with additional courses after that. It says that it’s trying to empower people to create their own. Cerego has worked with Ph.D. students from various schools to create the seed list of courses and they run the gamut from wine tasting to brain anatomy and anything else in-between.

It’s important to note that this isn’t a Kaplan or Princeton Review substitute. With those services, the goal is to memorize and beat the test. With Cerego, it’s more about memorizing and retaining that information — there aren’t any tests to “beat”. In addition, it believes that Kaplan’s mission isn’t to help change the world, while the information you get from Cerego will help you do just that.

Although it’s designed for those in middle school and higher, the company says it is initially targeting college students and those in continuing education. During this beta stage of its development, Cerego is opening its service to anyone for free, which means anyone can create or take courses without any costs.

For those interested in creating a course, there is a Content Management System that allows it to be set up pretty quickly. In fact, there are three different ways available to generate a course: through the use of a visual editor within the administrative dashboard, batch upload data straight from a CSV or Excel file, or scrape information from the Internet. However, the only way right now is through the visual editor.

To date, the company has amassed over 3.7 million study hours and created over 1.6 billion individual learning items worldwide.

During this beta period, Cerego says that it will work with subject matter experts and academics in higher education institutions to help generate additional courses. It’s also working on development of mobile applications for iOS devices and will be releasing its API soon to allow developers to create their own application using Cerego data.

Cerego has raised $28 million in funds and is backed by a number of high-net worth individuals who “agree with its mission and can change the game of learning”. Notables such as Joi Ito, director of MIT’s Media Lab, Scott McNealy, co-founder of Sun Microsystems, and Kevin Chavous, head of The Chavous Group, are all advisors to the company.

The Next Web has invitation codes for the first 500 people interested in checking out Cerego. If you’re interested, you can go to this site to sign up.