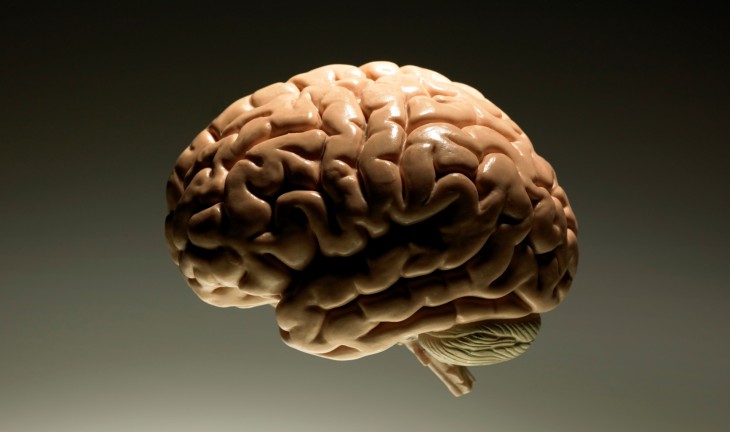 Back then, you could probably take your mobile phone out in any situation and be scoffed at. But a little more than a decade on from those dark days, and it was likely you’d be the subject of scorn for not having a mobile phone.

There are still a few sanctuaries from the blips, clicks and bleeps, such as airplanes and undergrounds, though even they are gradually succumbing to the smartphone onslaught. Some cinemas are even offering rewards to their patrons for not using their mobile phone during movies, which is a crazy situation if you ask me.

Pub quizzes have become something of a phenomenon over the past few decades, particularly in the UK. It’s difficult to pinpoint exactly when they took off, but evidence seems to indicate some time in the 1970s.

“As far as I’ve been able to find out, the pub quiz as we know it is about thirty years old,” said Marcus Berkmann, author of Brain Men: A Passion To Compete, back in 2006. “They don’t seem to have existed before 1970 or so. Nor have they spread too far outside the British Isles, although they are a big deal with our overseas ex-pats and armed forces. And in my opinion the phenomenon really started with Trivial Pursuit.”

The concept behind pub quizzes is perfectly simple – you have multiple rounds of general knowledge, themes, pictures, puzzles, music…and everything in between. But something happened some time after 2007 – the iPhone was born; something which enabled the ‘Internet in every pocket’, and things have never quite been the same since.

While the Internet did exist on mobile phones prior to this, and texting friends at home was always a good option for would-be cheats too, it was the advent of the smartphone era that really put the skids on pub quizzes – it’s just far too easy to ask Google what the capital of Azerbaijan is. For the record, it’s Baku…thanks Google.

Even music rounds have been spoiled thanks to the likes of Shazam, while there’s a myriad of image-scanning apps such as Google Goggles that can regognize anything from logos to oil paintings, so that’s kinda killed off picture rounds. Throw into the mix Wikipanion, one of the fastest Wikipedia-browsing apps around, then you can see where the problems lie.

The thing that’s particularly grating about all of this is that it’s just so difficult to combat. Unlike with airplanes or cinemas, where safety concerns and etiquette preclude the majority of decent people from touching their phones, a pub is intrinsically a social setting.

People may need to access their mobile device for any number of non-cheating reasons. Plus, there are plenty of other people present who may not be actively participating in the quiz. It’s a difficult process to manage, one that quizmasters can’t really be overly militant about.

The fun has been taken out of pub quizzes for many people, but quizmasters are actively taking steps to thwart the mobile masses.

With that in mind, I caught up with Jack Waley-Cohen, founder of UK quiz-night company QuizQuizQuiz to get his take on the current state-of-play with smartphone-enabled cheating.

Founded in 2003, QuizQuizQuiz has hosted around 2,500 quiz nights, producing “hundreds of thousands” of questions in the process.

The company mainly does corporate shindigs – Christmas parties and the likes – but it also caters for after-work quiz nights, charity fundraisers, birthday parties, weddings (yup) and, of course, pub quizzes. The majority of its business is in the UK, 70% of which is in London and the South-east, but it focuses on any big population hubs, and has served Ireland, France, the Netherlands, Germany, Italy, Portugal and Romania.

But pub quizzes…are they a very British thing?

“Broadly speaking, yes,” says Jack. “But there is a pub quiz culture in other countries. Particularly in Ireland, Australia and New Zealand, you can see quiz nights that are very similar to those in the UK. There is a massive quiz scene in India too, but the typical quiz events over there are very different. I’ve personally attended quiz nights in Hong Kong (for expats), USA (very much a gameshow-style entertainment) and the Philippines, which is a very unique format. There are a lot of expat quizzes in Spain, too.”

While the pub quiz culture is traditionally a very British thing, Jack notes that quizzing in general is “big and growing” around the world in many different circles, distinct from what you may recognize as a pub quiz format. So we may need to extend our scope beyond quizzes hosted in pubs, and into the broader trivia-night sphere.

Quizzes and the rise of the (mobile) machines

Given the hockey-stick growth of mobile phones over the past ten years, and in particular with smartphones in the past half-decade, I asked Jack whether he’d noticed any particular shift in the way people behave during quizzes.

“There has been a definite evolution – in the ‘olden’ days, people would just text their mates, but once iPhones became prevalent, you could see people using them more,” he says. “But it has been gradual – in the early days of the iPhone, they were slow enough that it was pretty difficult to use them secretly and efficiently enough not to get caught out. Google Goggles coming to iPhone was definitely a landmark event for helping people cheat on picture rounds, as well as Shazam for people cheating on music questions.”

So mobile phones are clearly only part of the problem…the slew of sleek apps that have sprung up in the wake of the smartphone revolution is stoking the flames. But are we overstating the problem…is it just a smattering of miscreants that are spoiling the show for everyone else?

“The number of people attempting to cheat in quizzes with their phones is inversely proportional to the quality of the quiz,” says Jack. “People cheat when they are bored and don’t engage properly with the quiz in the intended way. So at a really exciting quiz night, people don’t cheat.”

So it seems there may be ways to organically guide people away from the dark side and into the light. And it’s all in the structure of the quiz.

“From the beginning of 2011, we formalised the pre-quiz instructions for people to put their phones away,” says Jack. “Previously, we just casually commented on the matter if we saw people with their phones out. This has definitely made a difference.”

In terms of other subtle techniques, it seems there is plenty of tricks quizmasters can deploy to deter folk from flicking the Google switch. For example, they can make the quiz easier at the start, so that people realize they can get the answers – the pleasure they derive from getting answers correct from their own brains encourages them to play fair later on.

“It’s also important to word questions in a way that the answer requires making connections between different things, rather than just finding a single fact – this at least slows down the cheaters,” says Jack.

What we’re talking about here, of course, is lateral-thinking, spot-the-difference and other observation-based puzzles that you simply cannot count on Google for.

Then there’s the likes of SpeedQuizzing, which rather than fighting the smartphone scourge, it harnesses it. “The idea is to make people use their smartphones during the quiz, but they are always logged-in to the app,” says Jack. “Of course, other people on the team could be using their phone for cheating. But the idea is also to accelerate the whole process so that there simply isn’t time to Google things.” (Fun fact: SpeedQuizzing is run by the drummer from UK indie band Shed Seven…so there you go.)

See for yourself how SpeedQuizzing works:

Over and above all this, it seems that the etiquette around trivia-based games may simply be lost on some demographics. “It’s now possible to find people at quizzes who genuinely don’t realise that using phones is unacceptable,” says Jack. “This is particularly true with non-Brits for whom the concept of the pub quiz is sufficiently alien. So when asked something they don’t know, their natural reaction is the same in a pub quiz as it would be over the dinner table – just look it up on their phone.”

I’m still curious though, besides the obvious, are there any real tell-tale signs that someone is getting their answers from Google or other mobile apps?

“A team that has generally performed poorly during the quiz, but then has an unexpectedly good round is one sign,” says Jack. “But we also lay traps. For example, we may include pictures in the picture round of people who are not famous at all, but whose image is quite prevalent on Google – this could be university academics, or employees who are photographed on their company website, and so on. “If people get those right, we know with 99% certainty that they’re up to no good.”

Some interesting insights for sure, and it seems there may still be life left yet in the humble pub quiz…but it does require action, both from quiz participants and quizmasters.

Militancy simply won’t work…it’s supposed to be a fun occasion, after all. So it’s a case of making participants voluntarily steer clear of their pocket rockets, and it requires a multifaceted approach.

By way of a summary, it seems the top three deterrents for would-be pub quiz cheats include:

Given that you do want to keep things light-hearted, the way you approach people tapping on their phones is key. You should pick them on it quickly and publicly, but also humorously. “Even if you can see they aren’t cheating, you need to emphasise the message about phones being kept completely out of sight,” adds Jack. “Mobile phones in quizzes are just as unacceptable as phones in the cinema, albeit for very different reasons.”

Simple measures that feed into this include the type of questions that are used – so lateral-thinking is a good start, but the quiz can’t consist entirely of them, as it can become very ‘samey’.

You can also try and get one-up on Shazam, by playing music mashups of multiple artists, or play song clips backwards. But over and above all this is the speed factor – short, concise rounds mean that users don’t have the time to Google for answers. It won’t be totally fool-proof, but it will go some way towards helping.

Read next: What happens after you win a big startup competition? We asked 7 champions from major events