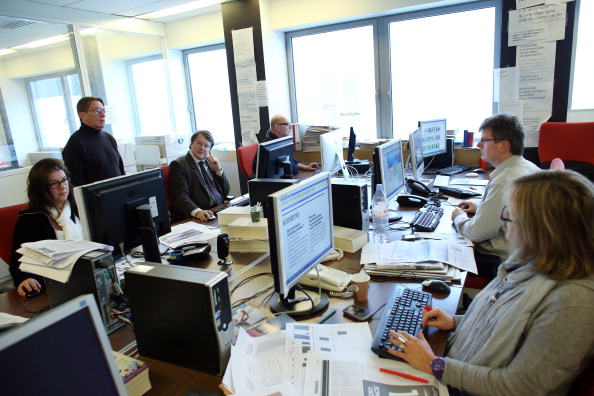 There’s a saying that imitation is the sincerest form of flattery. In this case, one might suppose that for Yammer, it finds itself facing another competitor in an crowded space, complete with Salesforce Chatter, Podio, and others. Today, Unison is launching as a social enterprise software startup, but with a completely new take — instead of basing it around people, it’s now around “rooms”.

By focusing on rooms, what the company hopes to achieve is that its users will be more organized in order to sort their online spaces based on specific topics, projects, or team. One might imagine that it would be convenient and efficient to have a section of the service reserved for conversations about the design process, or a specific client, etc. Unison believes that these rooms will allow for monitoring of real-time presence so you’ll know what rooms people are in right now (e.g. what work they’re focused on).

Another fascinating feature that the company hopes will help distinguish itself from Yammer is its ability to do voice chats within its platform in one of its “rooms”, similar to conference calls so that everyone in the room can have team meetings besides just sharing things by text.

Started by Michael Choupak, the entrepreneur who started Intermedia, Unison looks to make groups sexy again by proving that it can help solve the problem that it claims big and small companies face — having to interact on different levels of privacy and with different people. In a sense, you might think of it as Yammer meets Google+ Circles.

This enterprise service will work on all the major platforms except for Android — that app is coming soon, but like Yammer, you can use Unison on Windows, Mac, and iPhone without any problems.

Some cool features that you’ll get with Unison include:

Unison’s launch is just the latest entry to take on Yammer — NationalField is another company that is also trying to pick up where it feels Yammer falls short: sales.

The company is now rolling into public mode and already has 10,000 registered users, but it looks like it has a long ways to go before being the size of Yammer or Chatter or even Podio. Users can sign up for a free version or can upgrade for a $10 per seat per month model for those interested in more features.