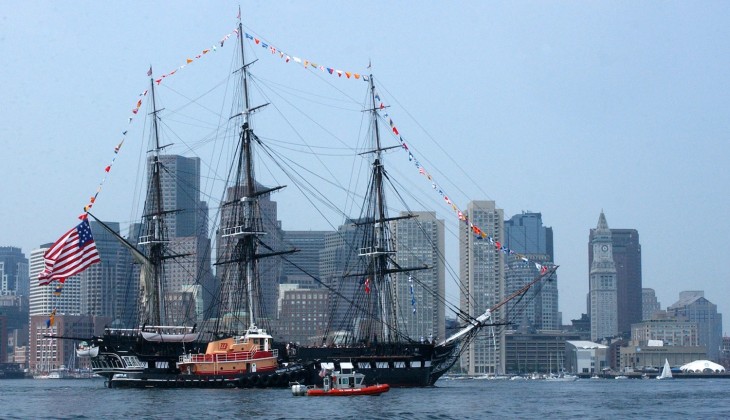 Today, 13 young startups will present to a room filled with investors, industry analysts and media at TechStars Demo Day in Boston.

In case you haven’t heard of TechStars, it is an elite, mentorship-driven start-up accelerator, funded by more than 75 different venture capital firms and angel investors. The accelerator operates in 5 cities nationwide including Boulder, Boston, Seattle, New York and San Antonio, and now has 430 mentors, hundreds of investors and 116 alumni TechStars companies in its network.

Last year, TechStars received over 3,000 applications for approximately 50 positions, making the accelerator program harder to get into than Harvard or Yale with an acceptance rate of approximately 1.50%.

Here’s a look at the 13 startups — the second Boston class demoing this year — as we ready ourselves for the event.

BetterFitTechnologies is a medical startup that says it’s “committed to facilitating data-driven healthcare decisions for patients and providers.” The company claims it is different, because is considers “the unique complexities of the individual, not just what’s known about their drugs.”

CoachUp’s goal is to help athletes achieve their full potential, and it makes this possible by connecting them with private coaches.

Fashion Project is bringing together fashion and charity, by allowing you to donate high-end clothing to the charity of your choice, sold directly on the site. Inversely, you can also shop for used high-end shirts, shoes and accessories, with the feel-good notion that “the majority of the proceeds will go to a great cause.”

Fetchnotes wants to make “productivity as easy as writing a tweet.” The startup’s app crossing note-taking, to do lists and hashtags to help you “forget less, do more and feel in control.” We highlighted them in the past for accidentally swearing in an email, which surprisingly turned out to help them in the longrun.

Impulsesave wants to help you save money to achieve your goals, like plan a wedding, take a trip or pay off debt.

NBD is able to enhance water condensation by making use of what it calls ” a nano-scale surface.” It’s technology mimics the Namib Desert Beetle, and is used to “collect water in the most arid regions of the world.”

Ovuline serves an unusual role in the startup scene: to help couples conceive faster. Claiming to go “way beyond fertility calendars and period trackers,” Ovuline’s tools tell users what to do to maximize their chances of pregnancy.

Saverr lets you scan your receipt for customized coupons. The company calls it the “quickest way for you to save money on your groceries.”

Yet another stealth startup, Urban Hero Sport’s current project, the “Hero Board,” is not public, but involves a piece of hardware that, if past projects are any indication, may augment the human body.

Wymsee (perhaps pronounced whimsy) says it is “digitizing new areas of TV and Film production,” with the ultimate goal of changing how brands measure their reach through media.

Zeppelin’s goal is to “deliver an amazing product that helps businesses become more successful by engaging their employees and leveraging their knowledge.”

For more on recent Tech Stars classes outside of Boston, check out TNW’s coverage of demo days in New York and Boulder. For more on Boston’s first 2012 program, head here.

As the second 2012 program comes to a close, applications for Boston’s 2013 spring program are now open.