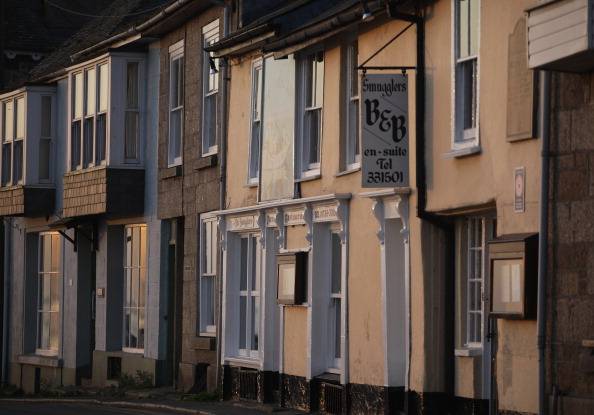 Airbnb has just announced the launch of Neighborhoods, a new service which will helps users find the perfect place to stay, and Local Lounges, a pilot test of San Francisico coffee shops turned community hubs, which will welcome new visitors.

Having mapped 300 neighborhoods in 7 cities, Airbnb Neighborhoods provides a more visual experience centered around helping travelers truly understand the neighborhoods that they’re planning on staying around. To create this service, the company sought advice from hundreds of locals in order to put together the best guide it could. It also enlisted the help of 70 local photographers to really capture the environment with over 40,000 images being catalogued for the project so far.

What Airbnb found out was that location really mattered for people who are interested in finding places to stay and often wasn’t just because of the place that they were staying — it also centers around what’s around there. Users can explore a multitude of neighborhoods around the world in order to find the right place where they wish to stay and can choose based off various criteria such as nightlife, food, shopping, tourist areas, and many others. The idea of this new feature is to help show users what is outside of where they’re staying so they have a well-rounded view of the community and can absorb that local flavor.

Brian Chesky, co-founder of Airbnb, said “Neighborhoods are the original communities. They are the keys to unlocking local culture and one-of-a-kind experiences. By going deeper and tapping into local knowledge, we are introducing our community to a neighborhood’s personality so they can match it with their own.” He says that with “deeply immersive local guides in over 300 neighborhoods, Airbnb Neighborhoods lets travelers immerse themselves in rich content and make informed decisions about where they want to stay.”

Today, Airbnb Neighborhoods is being rolled out to Rio De Janiero, New York, San Francisco, London, Berlin, Paris, and Washington, DC with more most likely expected shortly. The company has brought on a cartographer and a travel editor on staff to help paint as accurate of a picture of each neighborhood as possible.

In addition, Airbnb is launching another service in order to help you find places to meet around town. 10 Local Lounges have been created in 10 of San Francisco’s neighborhoods, which serves as a hub for Airbnb users that are new to the area. At these lounges, users will be invited into coffee shops and given free city guides and Wi-Fi, helping to better connect with local communities that represent what the company says is the “heart and sole” of Airbnb.

If you happen to be in the City by the Bay, you can find the “Airbnb Local Lounges” sticker at the following coffee shops: Farley’s in Potrero Hill, Radius Café in SoMa, Coffee Bar in the Mission, Cafe Sophie in the Castro, Progressive Grounds in Bernal Heights, Bean There in the Haight, Cafe Abir in NoPa, The Brew in Russian Hill, NOOK in Nob Hill, and Caffé Sapore in North Beach.

This feels like a very natural move for the three-year old company that specializes in allowing people to rent out their homes to others easily. Its existing model seems to be working just fine as it topped 10 million guest night bookings earlier this summer, with more than 5.6 million coming from outside the United States. Now, it is really putting more emphasis on the role of the community in order to really bring back that old-fashioned, traditional “Bed & Breakfast” feel.

Mobile has definitely been a big thing for the company, with its app being downloaded over 1 million times and bringing in 26% of its traffic. Makes perfect sense as people are always on the go and when it comes to booking housing, being able to do so in real-time is really important.

Recently, the company has started to integrate with third-party applications to make it more accessible — just last month, the company announced it was one of the newest apps supported by Apple’s Passbook application.

Today’s announcement is sure to put a bit of a damper on another travel-related startup who sought to capitalize on offering neighborhood guides. Earlier today, Hipmunk unveiled its brand new hotel search which also focused on giving a visual look into the area you wish to book. It will be interesting to see how well they compete, especially since Hipmunk leverages Airbnb’s API to pull in its listings.