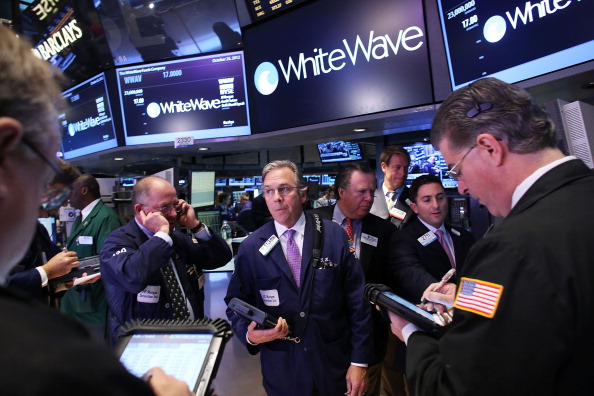 Large technology companies put their acquisition shopping sprees on hold in the last quarter, instead choosing to make smaller deals and focus on their internal operations as the number of deals stayed relatively the same as in Q2.

In the latest release of PricewaterhouseCooper’s (PwC) US technology M&A Insights report, businesses chose to remain on the proverbial sidelines and not make as many bids on services they need, instead focusing on those they could build in-house. In total, there were 59 deals closed, something that is very close to the 58 deals closed in the previous quarter. And a year ago, there were 78 deals closed for a cumulative deal value of $26.6 billion — now it’s only $20.5 billion.

What could have caused the decrease in deal value?

The report seems to attribute the struggling economy and world problems in the beginning of Q3 with playing a factor in the lack of deals and the technology IPOs were thought to be an additional contribution to the woes of the industry. But PwC points out that the tech IPO figures impressed with the industry listings making up 60% of the total IPOs in the quarter and it notes that, just like in the past several years, the industry has “managed to navigate the unsure climate with relative skill.”

Some highlights of public tech companies that the stock market experienced include a 7% increase with the S&P IT Index compared to a 5.8% increase in the S&P 500. Technology multiples are also on the rise, thanks to gains by Apple and Google to reach what PwC calls a “historic market cap high of $250 billion”, surpassing the previous leader, Microsoft. In short, tech companies seemed to fare pretty well in the stock market.

But while the report looked to paint a rosy picture of the tech industry, it said that companies also faced some challenges, specifically the stagnant sales of PCs and lower budgets for IT departments to handle the rapid growth of software and cloud-based services. In addition, consolidation over the past several years has since resulted in a small set of technology majors that are seeking the top position as the dominant ecosystem for the enterprise and consumers. It’s because of this that PwC believes there have not been that many ‘mega’ deals this quarter and instead, companies turn to much smaller IP-driven deals.

There were a few deal transactions that the PwC report called out. While there were fewer deals being made this past quarter, there were some that were announced that topped $1 billion, including Micron’s $2.5 billion offer to DRAM manufacturer Elpida Memory, and IBM’s $1.3 billion acquisition of talent management and recruiting company Kenexa Corporation.

Lastly, the quarter saw private equity firms become active players in closing deals, with The Carlyle Group, Blackstone, and Thoma Bravo each highlighted by the report for their contributions for deals that exceeded $1 billion.

The past three months have shown that any deals that were made, were mostly with software and cloud-based companies. PwC saw that these companies made up 59% of the deal volume and 78% of the deal value. What’s fascinating is that this is the same number of transactions and a 61% increase in total deal value for both sectors that the industry saw in Q2 2012.

As for the other tech sectors, they didn’t see a decrease in their transaction levels — in fact it remained fairly level as the previous quarter, but did experience a 22% decrease in total deal value. Based on this, PwC believes that large technology companies are not interested in purchasing hardware companies at this point, instead exploring what’s in the cloud and smaller pieces of technology that will complement their current offerings.

As we approach the end of 2012, will things pick up for the technology industry in terms of acquisitions and deals? PwC seems to think so, but it will depend on a number of factors, including whether or not the economy improves and the threat of the fiscal cliff is lifted.

It does state that “mid-market activity, especially in the Software and Internet sectors” will continue “unabated”, meaning more smaller deals could be seen in the closing months of the year.

But, if you’re thinking about those huge ‘mega’ deals that the market saw months ago, then sadly you’ll have to wait until 2013.