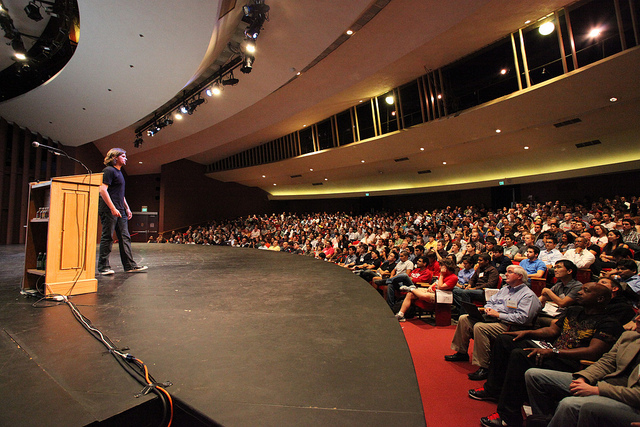 We’re coming down to the wire for funding Dalton Caldwell’s App.net anti-Twitter and Facebook utopia. In an email sent out to those who have backed the project with $50 or more, the team says that the site is officially in “Alpha” mode.

The interesting thing about the project to me, is that developers are already building things on top of the platform. This is a great sign that an ecosystem can be built outside of an existing proven network or service.

Here’s a rundown of those projects:

@matthew has built a mobile app shrtmsg, which we think is the first fully-functional app released on our API.

@q is working on a more feature-rich web-based client under the name quickApp. He wants to show people that the current App.net web app is not the only way to fly. Basic posting is in place (replies and threading are scheduled for today).

@jazzychad is developing an iPhone client called Adian. Check out his video to see his progress and screenshots.

@kosso is reanimating an old Twitter app of his through the App.net API, tentatively called Pocket AppNet. It will support photo, video, and audio sharing via his own mobile multimedia app/system (in dev) called Mobods. Check out his Google+ to learn more.

@sneakyness is building an iOS app utilizing AFNetworking to get devs off the ground and consuming the JSON API. The actual UI will be coming later (he’s working with several designers on App.net). In the meantime, the code he’s shared is useful if you’re interested in getting started with iOS development with App.net. Check out his repo on GitHub.

Even if you’re on the fence about the App.net mission, or people involved in the project, you have to recognize that there are people ready, willing and able to adopt a new service. If someone builds a killer app using its API, you never know what could happen.