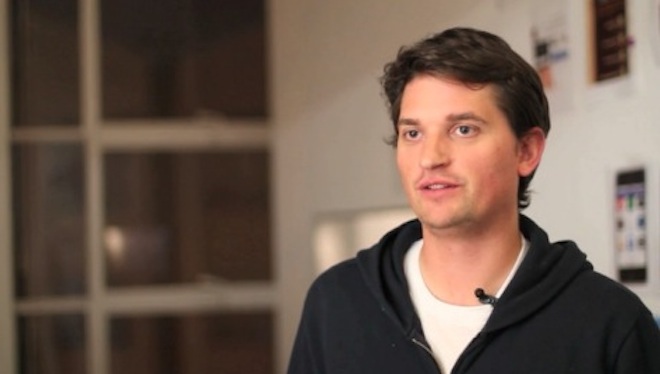 The saying goes that when you’re doing something right people are going to hate you. App.net‘s Dalton Caldwell feels that pain, since proposing the “anti-Twitter”, ad-free social stream only a few weeks ago. In case you’ve not been following along, the story goes something like this:

Caldwell thinks that Twitter could have been something more, and perhaps better, than what it has become. Twitter made the choice to become a media company, but Caldwell thinks that there is room in the market for a player that focuses on providing tools like Twitter does, but for the hacker masses.

But building for only the hackers is a difficult idea when it comes to sustainability. Or at least one would think that it is. According to Caldwell, that idea has already been proven to be effective, as he paraphrases Y Combinator’s Paul Graham:

“If you look at what PG said about starting a competitive search engine, he said to build something for the 10,000 ultra-early adopters. Don’t be ashamed to make it as hackerish as possible. If you can build something that 10,000 hackers and builders will use, you’ve won.”

So that’s exactly what Caldwell has set out to do, much to the chagrin of many.

App.net is designed to be a firehose, of sorts, with which developers can code the applications that they want. It’s the idea of an API as a business, instead of focusing on being ad supported or having media partnerships.

“I’m trying to replay the experiment of if Twitter had tried to be an API. They had the model nailed and threw it away to be a media company. I have no delusions that everybody is going to use app.net”

The hope, it would seem, is that enough people will use the service to make it a viable, long-term business. Twitter, he says, is doomed not only because of its business model, but also because “it still doesn’t make any sense to the mainstream public despite what their PR will say.”

It’s safe to say then that App.net is going for a completely different market than what Twitter has decided to focus on. So why the hate from various communities? That’s a question that Caldwell would love to be able to answer. Some people believe that the project is vaporware, but a publicly-visible alpha should quell that fear. Others say that Caldwell shouldn’t ask $50 as a “pay to play” entry gate. But if we think about what he’s asking for, it’s really more of a “are you serious” fee.

Though the numbers weren’t entirely random, according to Caldwell. There was some research put into the $50 backer minimum, as well as the $500,000 fundraising target. Essentially the idea is that $500,000 raised means that there’s enough interest to move forward with the project.

In the culture of free in which we currently live, people seem to think that everyone should give everything away, and then support further development via ads. But that’s completely opposite of the way that Caldwell wants to go, based on his experience with past projects — the same experience that he says makes Mixed Media Labs the best choice for a project like App.net.

“We’ve built sites that scaled to 30 million users. That’s a fact. We know how to build large websites, and we did it with 2007/2008 technology. The team has been vetted by people like Mark Andreesen. I’ve spoken at conferences in between [Quora founder] Adam D’Angelo and Mark Zuckerberg. I’m a credible person who can play at the scale of the people that I’m dealing with here. “

Speaking of Zuck, let’s talk about that blog post. It struck me, and many others, as odd in its timing. A scathing rebuttal to an acquisition offer that had happened six weeks earlier was just…out of place. But according to Caldwell, it fits into the grand scheme of things and it wasn’t part of an awareness campaign for the App.net funding project.

“If you go back to my first post about what Twitter could have been, I said that the ecosystem could have been more powerful than Facebook. The last 5 blog posts were supposed to be in the first. I showed the draft to people and they told me to turn it into a series of posts so that the message of what we’re trying to do didn’t get lost.”

Which brings us back to the anger question once more. “If I put out the complaint without a proposal to fix it I would just be a critic. It’s definitely the craziest thing I’ve ever done. I knew it was crazy. I don’t know if it’s going to work, but frankly it has worked better than I expected. I’m as shocked as anybody else.”

I took to Twitter when I found out that I’d be talking to Dalton because I wanted to get your questions answered. so I’ll end with those:

How do you plan to remain democratic about platform changes and additions?

“I think that using Github as the model is decent because people can do pull requests on it and use the bug tracker. I don’t think we would ever break the API without pushing changes to and from Github. We’re trying to take this radical approach to API breakage. Github is the best way that I know how and the best way that we’ve seen it done. You can see the patches and what’s going to change down the line.

Because our customers are our developers, if we break things we’re going to lose money. I’ve tried to build App.net to be able to run if I disappeared tomorrow. I think we’ve done that.”

How do you solve the spam problem?

“Look, spam exists because it’s profitable. I will not promise that there will never be spam, but for the life of me I can’t figure out how a spammer will run a profitable business on our service because it’s not free to use. Spam relies on using free services and earning a fraction of a cent for each action. Maybe I don’t get it, maybe there’s some new model, but the way that spam works today won’t work on App.net”

What happens if you don’t reach funding?

“I really don’t know. We don’t have a fallback plan. Mixed Media Labs works on a lot of things, but we only work on one thing at a time.”

App.net is closing in on the 50% mark of its funding goal, with the campaign ending on Monday.