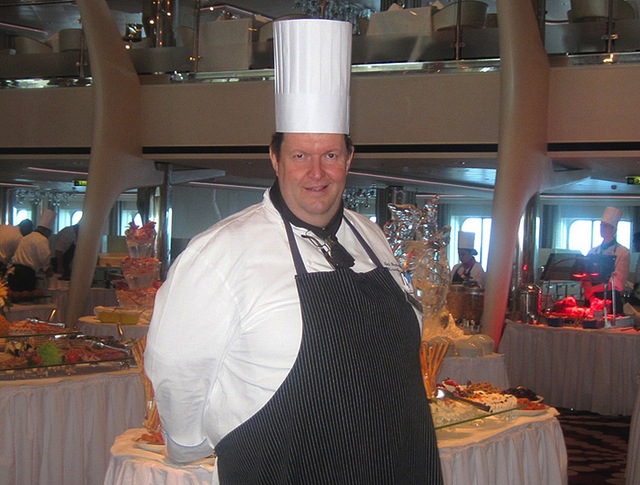 So you’ve got a team that has worked on a game for quite some time, going “live” has to be a pretty anxious moment, right? I spent some time last week with the Zynga team working on the game ChefVille, which will be launching its baby to the world this week.

Other than getting to take an early in-depth look at the game, I was able to sit down with some of the key team members on the project. They’re a mix of folks with vast experience in gaming, going back to the glory days of Activision.

What does it take to launch a successful social game on the Web? I made it my personal goal to find this out and boy did I learn quite a bit. To say that there are a lot of moving parts at Zynga would be putting it lightly, but it’s impossible not to note what a fine-oiled machine the company is at this sort of thing.

What’s ChefVille you ask? It’s a game that lets you open your own restaurant, grow and buy your ingredients, impress and compete with your friends and meet new people. That’s a pretty tall order for any game, but it looks like ChefVille has nailed it. After all, the game development process included involvement from Zynga’s Master Chef.

It was quite clear that the team working on ChefVille was passionate about food. The team told me that this game is for people who make food a lifestyle, either by watching shows on the Food Network, or by cooking at home themselves.

In fact, Zynga is quick to point out that all of their games are lifestyle products and experiences.

There are a few cool features within the game, like being sent an actual recipe for a dish once you’ve mastered it in the game. Knight hopes that the game can make everyone “better cooks.” Although I wasn’t allowed to know how long Zynga has been working on the game, I was told that it started with some great ideas and a senior designer who wanted to do a “Next Gen” food game to follow up Zynga’s “Cafe World.”

“Food makes people happy”, Jason Everett told me. Clearly, Zynga is using a bit of social engineering in the process of coming up with gaming “hits.”

Making sure that a game is “perfect” is a nearly impossible task. I pushed the team to tell me a bit about the process that goes into testing a game, both internally and externally. Starbird told me that all Zynga games are tested with pods of people, each focused on a specific aspect of the title. Those pods are comprised of artists, writers and engineers, all tasked with making sure that their focus is as perfect as possible.

As the game was developed, ChefVille was tested at each and every step. It’s not just internal testing that makes Zynga successful, it’s the external focus groups that really lets the team know what people dislike before they ship something into the wild.

Knight tells me that Zynga’s development process is so iterative, that the company is really making a “big complex toy.” By bringing in both hardcore and novice game players, the ChefVille team was able to pick apart what they were building and make sure that it hit all of its goals for engagement.

It doesn’t matter how smart you are or how far you’ve designed in advance. We let people play with it and sit back and watch. We build the next level of features based on feedback. We have ideas internally, but community matters.

The team that I sat down with has built games on literally every platform known to man. Knight tells me that he was excited to come to Zynga and build out social games. With this new social element, a gaming studio now has a unique connection with the player. Games run 24/7 and are constantly being updated and tweaked.

Knight tells me that “back in the day”, a company would get a customer satisfaction report three months after the game shipped. Now? Zynga knows whether it has a hit within minutes of shipping the game.

Zynga travels to other cities to pull together groups of players for testing purposes, and all team members get to hear the feedback from their spouses and loved ones.

Since Zynga has built numerous successful titles, including FarmVille, The Ville, Poker and others, there’s a strong infrastructure to build games on top of that most studios don’t have the luxury to rely on.

Instead of worrying about whether a game can scale, Zynga teams can focus on making the game absolutely awesome, monetization ready and full of social hooks.

Teams at Zynga share code, some of which it proclaims is the “best tech in the world” for gaming. This clearly gives Zynga an advantage in that it doesn’t have to slow anything down to keep its games relevant. Assuming everything runs smoothly on the tech side, the teams that are watching people perform ChefVille “quests” can make sure it isn’t too easy or too hard.

Saying “strategy” is at the forefront of Zynga game development would be a massive understatement.

During ChefVille’s launch moment this week, the team will sound off a gong that lets everyone in the office know that the “switch” has been flipped. Yes, there is a literal button that gets pushed to make the game live.

There will more than likely be some champagne flowing and a lot of action photos, but the moment of launching a game is when the work really gets started for a company like Zynga.

The ChefVille team doesn’t have any superstitious routines on launch day, but they did tell me that Jason Fox, creative director at Zynga, was on vacation the day that Cafe World was launched. For ChefVille, Fox is on vacation again.

What does Zynga see as a success? Well, the company can’t share specifics with me obviously, but it has many checkmarks to make on its clipboard when a launch as massive as ChefVille happens.

Zynga will study how people play the game, how much food they’re cooking and what they’re harvesting. The company wants to understand exactly what people will do. It hopes that the players will visit their friends’ restaurants, but the engagement is never guaranteed.

Will trading of goods within the game grip? How about rating people’s restaurants? Zynga simply won’t know until people are playing the game.

The company also makes sure to pay attention to all channels for feedback, including Twitter and its own support site. The team will have a sense of accomplishment when the game launches officially, but the hard work has just begun.

Despite what you hear about Zynga’s practices as far as how it chooses which games to develop, you can’t say that Zynga doesn’t have a platform which is extremely powerful to launch games from.

The team that I spoke to honestly wants to build the best, and definitive, cooking game. The engagement levels on ChefVille are so deep that my jaw dropped a few times. There are always things running in the background, everything on the screen is clickable.

If you’re into food and have some spare cycles to play a game, ChefVille is a game worth testing out once it officially drops. The level of detail and connectedness for ChefVille is unlike I’ve ever seen on any game, and who knows, maybe you’ll decide to change careers and run your own restaurant after playing. I’m not much of a gamer, but I’ll be giving this one a shot.

ChefVille will be available for play on Facebook and Zynga.com sometime this week.

Read next: Cybersecurity may be dead in Congress, but the President hasn't ruled out an executive order