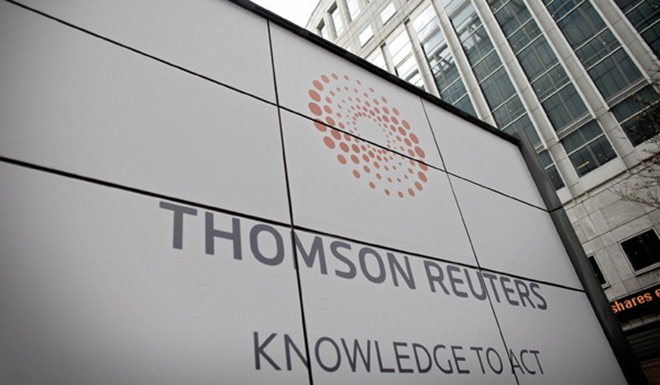 New agency Thomson Reuters suffered its second Web security breach in 48 hours after hackers took control of its Twitter account dedicated to technology news, changing the focus to the Middle East and posting a series of pro-Syrian government tweets to its 17,500 followers.

The issue was first noticed late Saturday (US time – h/t @atul) and Reuters has since confirmed the attack, which saw its @ReutersTech account renamed @ReutersME. The account in question has been suspended by Twitter and the news agency revealed that it is conducting an investigation into the issue.

Earlier today @reuterstech was hacked and changed to @reutersme. The account has been suspended and is currently under investigation

A screenshot — via @worldwidenieuws — show’s the renamed account while it was under third-party control:

The image isn’t particularly clear but, according to Twitter search engine Topsy, a number of the tweets included:

The Twitter hack is the second breach that Reuters has suffered at the hands of whatappear to be pro-government hackers in Syria in recent days. The company’s blogging platform was hacked on Friday with the agency admitting that “fabricated blog posts were falsely attributed to several Reuters journalists.”

Though no group has claimed either attack, but the content of the tweets and blog posts suggest that the hacks are connected with pro-government campaigners in Syria.

One fabricated blog post published Friday reported that Syrian rebels were set to smuggle chemical weapons from Libya, while another claimed they were set to retreat to Turkey after suffering significant causalities at the hands of Syrian government forces.

The @ReutersTech hijack comes barely one day after another significant, but unrelated, hack saw Gizmodo’s 415,000-follower-strong Twitter account breached by a group called Clan VV3 which gained access after compromising the account of its former editor Mat Honan.

Not only was Honan’s Twitter account compromised, but the hackers also gained access to his Apple iCloud account and Google/Gmail account, the former of which shut down his iPhone and iPad, and wiped the data on his Macbook. He has since regained access to his accounts and is working on saving his Macbook data.

Though the hack affected one of Reuters’ smaller accounts (by followers), and it was not verified by Twitter, it is significant as the agency’s brand is widely known and respected on the microblogging service, albeit that the hackers’ tweets themselves likely fooled few people. Nonetheless, the episode serves as yet another reminder of the need for corporate companies and individual users alike to keep their accounts and passwords secure.

Reuters is still t to respond to our request for comment. It does have its own account of the news, which states that the agency has “no immediate information on who was behind the hacking”.

Read next: The geek's guide to dealing with email overload