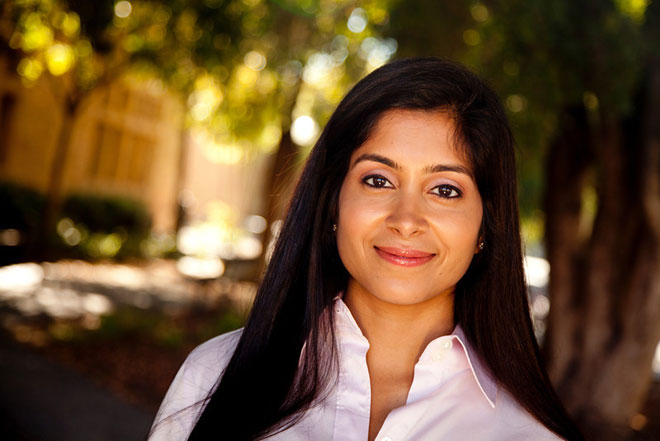 Earlier this summer, Marissa Mayer’s career took an unexpected leap forward when she became the 19th female CEO of a Fortune 500 Company. But why was it so surprising? Mayer had all the makings for success: a stellar education from Stanford that led her to be one of the earliest, and most successful women of Google. She was named to Wal-Mart’s board of directors, established herself as a major figure in the Bay Area civic scene, and has accumulated a net worth estimated at $300M. All by the age 37.

We’re predicting the next generation of women to follow in Mayer’s footsteps and wind up major tech CEOs, to save you from any future shock. When they reach incredible success, just send a hat tip our way.

Part of the first Facebook incubator series in 2009, her demo helped land $1M in funding; the company has since grown to more than 50 employees with over 4,000 taskrabbits waiting to do work for their fellow Americans. In 2011, Leah brought in Eric Grosse (of Hotwire.com) to lead the company but reclaimed the CEO title this June. In the short time since, TaskRabbit has announced an on-demand courier service and raised another $13M to support plans for international domination. We have a feeling that even if TaskRabbit’s competitors gain on them, Busque will be working on another game changer soon enough.

Mayer was nominated to join Wal-Mart’s board when she was just 36 years old, but Shih can beat that: she became a member of Starbucks’ board at 29. Granted, Wal-Mart is number 2 in the Fortune 500 to Starbucks’ 227, but Clara’s still got plenty of time to work her way up the list and we’d be shocked if she didn’t. Clara has two CS degrees from Stanford, plus a work history that includes the usual suspects (Microsoft, Google, and Salesforce).

She wrote the first business app for Facebook, Faceconnector, as a side project and is the author of 2009’s The Facebook Era. She founded Hearsay Social, a social media SaaS aimed at brands with local outlets, and is backed by NEA and Sequoia. Shih is quick to name her accomplishments, but as someone named one of Fortune’s Most Promising Women Entrepreneurs and a Fast Co.’s Most Influential Person in Technology within the same year, she has every reason to be confident.

This may be calling it early, but Tracy Chou seems to be on her way. Fresh out of Stanford, where she received a bachelor’s in electrical engineering, followed by a master’s in CS, she’s already worked for more major tech names than many with 10 more years in the industry.

While an undergrad, she interned with both Google and Facebook, then participated in Stanford’s Mayfield Fellows program. After graduating, Chou turned down an offer with Facebook and put off business school to head to the startup world. The second engineer at Quora, she jumped ship for Pinterest at the end of 2011. By the time she’s thirty, we can only imagine where she’ll be. And as a bonus point, like Mayer, she has a real thing for cupcakes.

This HBS grad is planning on revolutionizing the healthcare industry. Halle, the CEO of Rock Health, is already making strides. Her seed accelerator has already turned out two batches of 13 healthcare startups since she co-founded the program in 2011. Well-spoken and persevering, she’s rapidly created a community at Rock Health that has been lauded by its participants. Plus, she’s half of a power duo: her husband, Jeff Hammerbacher of Cloudera, is a former Facebooker who went on to be an entrepreneur-in-residence at Accel.

Niniane Wang is smart, really smart: she learned BASIC at 5, graduated with a BS in computer science at 18, got her master’s while working full-time at Microsoft, and filed 29 patents over the 5 years she worked at Google. Wang founded Google Lively, an ill-fated (and underdeveloped) but compelling mashup of YouTube videos, chat, games, and then some.

Impassioned and far from buttoned up, as her blog will attest, Wang’s a real wild card. Now the CTO of Minted.com, Wang has been outspoken about the dearth of women in tech. The company, which sells community-designed paper goods, claims to be seeing growth of several hundred percent year over year since its 2008 start. Marissa Mayer threw in her vote for Minted last year, investing in a $5.5M round, so we’re thinking this could be the bottom of Wang’s upward trajectory.

Alexa Von Tobel is the founder of New York-based LearnVest, which aims to make financial advice accessible to women. Von Tobel spent her undergrad at Harvard, worked at Morgan Stanley, and briefly attended Harvard Business School before leaving to pursue building her startup.

While she lacks a tech background, she has pure entrepreneurial drive, and people are noticing. Named one of Inc.’s 30 Under 30 Coolest Young Entrepreneurs, Von Tobel’s tweets suggest she may be a budding fashion rival for Mayer. Last year, LearnVest raised $19M and Alexa’s not even 30, suggesting she might be competition for Mayer in more ways than one.

We’re not sure when Jessica will make it big, but we’re pretty sure that she will. Another child prodigy, Mah finished high school at 15 before going on to UC Berkeley for her CS degree. Mah says she caught the entrepreneurial bug in elementary school, founded her first startup at 13, and founded InDinero at 20, where she’s now the CEO.

The finance industry startup has reportedly struggled, but watch Mah speak and you’ll be struck by her passion (or at least her candid frustration). Her user focus and drive to build great products make us hopeful that she’ll have a long future in the tech world.

Pooja Sankar, who grew up in both India and North American, has proven that she can succeed in a male-dominated space. Sankar attended the elite Indian Institute for Technology where, as a CS major, she was one of just 3 women. Pooja later spent more than 4 years as a software developer for Oracle, Facebook, and Kosmix before heading to Stanford for an MBA (to top off her MS in CS). She started Piazza while still at GSB, apropos for a startup focused on classroom-based Q&A.

Since launching in January 2011, Piazza’s gained nearly a quarter million users and raised $6M earlier this year. Online education startups are competitive, but Piazza managed to land a partnership with Apple’s iTunesU for Stanford’s iOS development class which should help them gain ground in the space. Sankar, like Mayer, will be dealing with balancing parenthood with life as a CEO for the first time in 2012: she just gave birth to a son this summer.

Read next: Why A/B testing is essential to your startup's campaigns