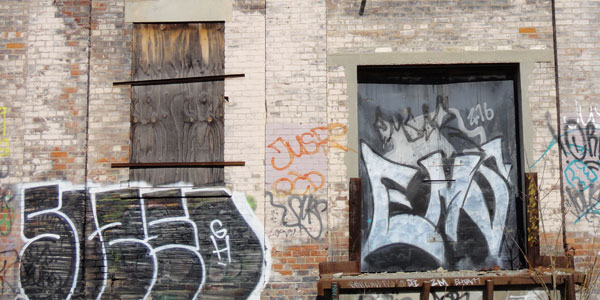 Y Combinator has invested in hundreds and hundreds of companies, and many of them have become quite successful. Reddit, Dropbox, Airbnb, Wufoo, Hipmunk, Loopt, Posterous, Heroku, and Scribd are just a few of the companies that are doing well today. But there are, naturally, many startups who don’t make it. We looked through the archives and found startups based on good ideas that should’ve made it, but were hit with bad timing or were simply ahead of their time.

One of the flagship (excuse the pun) companies of the second Y Combinator batch, Flagr, founded by Matt Colyer, David Wurtz and Cole Poelker, had everything going for it – it was location-based (a concept that people were really just starting to play with), it was ahead of the curve, and it even had a “verbable” name (like Google) in that you “flagged” places to share with your friends. You added videos, photos and descriptions and then embedded the maps so your friends could find these cool places.

But what use is describing these places if your friends don’t know when you are there, so they can come join you? Maybe what Flagr was crucially missing was a real social element so users could discover cool new places and hang out with their friends there. And a way to get these venues on board and involved somehow.

All things that Foursquare does pretty well.

Another “second batch” Y Combinator startup, YouOS was a personal operating system targeted at developers. Its goal was to create a browser-based environment that worked like a desktop, and to distribute applications for said workspace. One place to work, manage files and collaborate.

Similar companies, including G.ho.st and DesktopTwo have also failed, although eyeOS seems to be going strong, perhaps thanks to its Open Source nature.

The main reason that these companies have been unsuccessful is the massive popularity of Google Docs, providing a cloud-based work environment for free and available on existing platforms.

Memamp was a short-lived member of the “First Batch” of companies involved with Y Combinator’s inaugural Summer Founders Program.

Founder Chris Slowe had been working on a desktop search solution for over a year before getting on the program, but that summer two big daddies would enter the arena.

Apple announced that they would be building Spotlight into their next OS X release, and Google launched their own Desktop Search. Tie this in with the problems inherent in trying to create a multi-platform desktop app, and memamp was dead before the Summer Founders Program was even complete.

From the spring intake of 2006, Thinkature was a startup building a free, easy-to-use and straightforward online collaboration tool. User could create brainstorms and visual plans with teammates in realtime, right in the browser.

People need to collaborate over the web, and plan out ideas with people on the other side of the world, so why didn’t this work? Maybe precisely because it was free, easy-to-use and straightforward.

Software should be easy to use. But with services like this, users want features. They want the power to work and collaborate well as a team, which is hard enough when you’re in the same office, let alone thousands of miles apart.

It was unable to dislodge Basecamp from its throne, which had launched in 2004 and brought a minimalist attitude but also many of the features Thinkature lacked.

Pollground was part of the 2006 Y Combinator program, and allowed users to create surveys for anyone to answer. A social polling site – what isn’t there to love about that?

Unfortunately, after an initial flurry of activity and users, things gradually died off into nothing. With no prior plan in place on how to generate revenue and sustain the company (the founders admitted having no initial financial plan on their development blog) they were left with no other option but to close down.

Another member of the 2006 YC, JumpChat was an app for mass messaging, that would combine text, email and IM. Done right, this should have been a major success, and you could definitely see such a service being acquired by one of the big players or phone companies.

But things didn’t work out for JumpChat. Startup founders are ambitious, a key attribute for success, but sometimes ambition takes us beyond the realm of the achievable. With the difficulties of creating such a complex, cross-platform messaging system that brought together so many disparate and often proprietary formats, JumpChat failed to get off the ground.

In the 2008 YC program, Dan Haubert and Tom Davis launched TicketStumbler, a secondary ticket market search engine. It allowed users to compare ticket prices, finding the best seats for the best prices for everything from sporting events to theatre perfomances. A simple and truly useful service, TicketStumbler landed some lucrative partnerships with ticket brokers, and ran over a million listings representing around 7 million tickets.

Everything was going great, but sometimes events in the personal lives of founders have irreparable repercussions for businesses. Around a year after launching, Dan died tragically. For any company, even one showing so much promise, some things are almost impossible to get past. TicketStumbler struggled on for a while, before being closed by Tom in 2010.

Snipd was a free web-clipping tool, launched in the 2008 YC program. It allowed users to save content from any webpage, using a simple bookmarklet, and then share them with others in the form of a page that brought the ‘snips’ together – curating a destination for users to visit from the content they had snipped.

Despite the strength of their core idea and moderate success, Snipd’s undoing was that they failed to keep it simple. Snipd had lofty notions of aggregating snips to allow users to analyze data to see where articles were attracting most attention – creating a heat map for content. A useful idea, but one that proved just a little complicated.

A good way to find success as a startup is to make something social. Human beings like to do things that they enjoy with other human beings. In summer 2009, Plurchase attempted to do what had so far failed to be done, which was making online shopping into a social experience.

Plurchase allowed users to visit online shopping sites such as Zappos, complete with a social toolbar. This allowed for chatting as well as sharing the items you were currently browsing, and wondering whether it would look good on you.

Why Plurchase could, perhaps should, have succeeded, is that they kept things simple. They offered an overlay for use by existing e-commerce sites, hoping to integrate the social aspect into standard online shopping behaviour. It required no download, installation or sign-up.

Why did Plurchase fail? I don’t think the social shopping experience is something you can replicate online however you go about it. When people go shopping together, they have a face-to-face social experience, often including lunch or even just a coffee. You’d shop online for speed and convenience and offline for social interaction, something that just couldn’t be replicated in the browser.

People & Pages, part of the summer 2006 program, was described by its founders as “a better Google Groups”. At the time — and still today, one could argue — the ongoing development of discussion group services had been left by the wayside, while developers focused on new opportunities such as social networking. People and Pages was also to provide WYSIWYG website creation, and group organisers could manage email lists and publish content to one dedicated space on the web.

The problem with People and Pages was that they didn’t get off the ground, never officially launching. It was a good idea that might have taken root at the time, given the state of Google Groups and the timing around Google’s purchase of JotSpot which would — two whole years later — become Google Sites. But it wasn’t able to capitalize on that opportunity without a product.

Read next: There’s no ‘F’ in Foursquare, tweets have a capital ‘T’: The rules that protect tech company brands