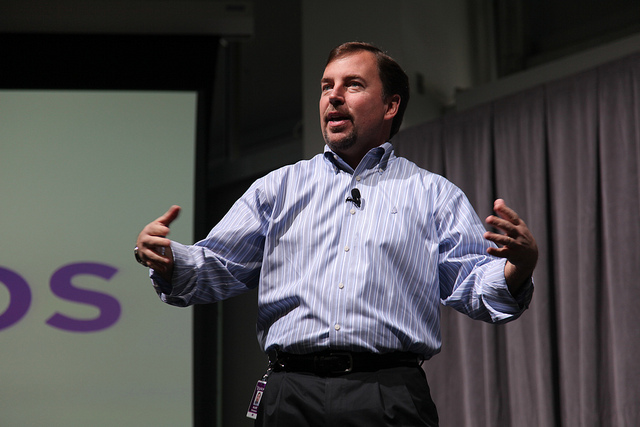 After a turbulent few months as Yahoo’s CEO, where he was removed from its board and management for lying on his resume, former PayPal president Scott Thompson has found a new employer, joining ShopRunner as its new chief executive.

Thompson joins the shopping-centric company after previously serving as one of its board of directors when he was employed by PayPal, thanks to its connection with parent company eBay.

ShopRunner believes that Thompson will help it sustain its “fast growth trajectory,” seizing the opportunity to hire its new chief to “further accelerate the company’s expansion.”

However, many will see the appointment of Thompson as a risk, given his history at Yahoo.

Hired in January to replace its previous CEO Carol Bartz, Thompson had misstated his credentials in regulatory filings and other places, claiming he had a computer science degree from Stonehill College in Massachusetts on his résumé, while in fact he only had an accounting degree.

He was shown the door at Yahoo once word got out about the inaccuracies, and former Yahoo EVP Ross Levinsohn took as interim CEO, before the surprising revelation that long-time Google executive Marissa Mayer would take the reigns at the company.

Thompson believes his experience at PayPal makes him the perfect fit for the company:

“Joining ShopRunner is a tremendous opportunity to build on the strong foundation that the company has already established.

While PayPal and ShopRunner are fundamentally different businesses, there are similarities in each of their success. Both companies are focused on building the broadest network of satisfied merchants by providing the value that creates a large and loyal customer community, creating a virtuous circle.”

Thompson replaces current CEO and co-founder Mike Golden, who will continue with the company as its president.