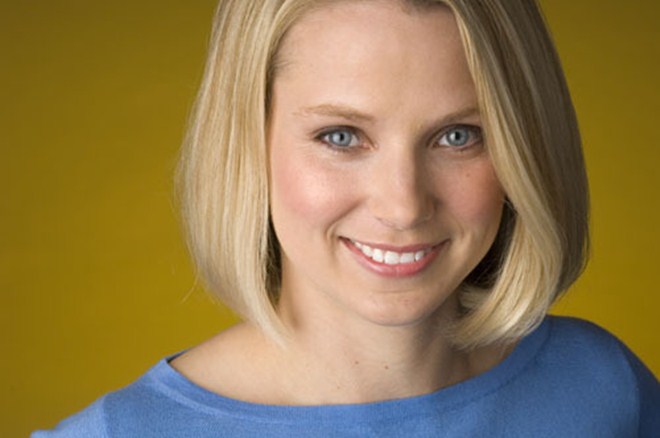 You’ve probably only just got used to the news that Marissa Mayer has joined Yahoo as its CEO, but there’s more…the long-time Google exec is in fact pregnant and expecting a bundle of joy on October 7.

Mayer herself has confirmed the news, first reported by Fortune.

Another piece of good news today – @zackbogue and I are expecting a new baby boy!postcards.blogs.fortune.cnn.com/2012/07/16/may…

Congratulations Marissa and Zack – now, folks, tell us if you saw that one coming?

For her part, Mayer says she will just be taking “a few weeks off” and will work through her pregnancy. Sounds like a tough job, but taking over the helm of Yahoo isn’t exactly a walk in the park too, let’s not forget.

Google’s responses to her departure have praised Mayer’s 13-year tenure with the search giant, during which she became its first female engineer. CEO Larry Page provided us with the following comment:

Since arriving at Google just over 13 years ago as employee #20, Marissa has been a tireless champion of our users. She contributed to the development of our Search, Geo, Local and other products. We will miss her talents at Google.

While chairman of Google, Eric Schmidt, issued a statement that read

I worked with Marissa for many years–she’s a great product person, very innovative and a real perfectionist who always wants the best for users. Yahoo! has made a good choice and I am personally very excited to see another woman become CEO of a technology company. Best wishes to Marissa and Yahoo!

Read next: Google takes on drug cartels, human trafficking and other illicit industries