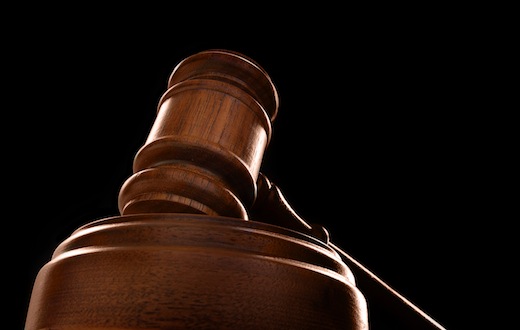 Troubled Research In Motion (RIM) took another blow yesterday, after it was ordered to pay an $8 royalty to a company called Mformation for every BlackBerry device connected to its enterprise server software.

As a result of a wireless patent lawsuit brought on by Mformation back in 2008, RIM has been directed to cough up $147.2 million in total (based on 18.4 million BlackBerry units sold in the United States).

This morning, RIM responded to the Northern California jury verdict with a press release on Marketwire. Unsurprisingly, the company says it is “disappointed by the outcome” and that it is “evaluating all legal options”.

RIM points out that the trial judge has yet to decide certain legal issues that might impact the verdict, and that the company will await those rulings before deciding whether to pursue an appeal. The beleaguered BlackBerry device maker goes on to question the validity of Mformation’s patent-in-suit.

Mformation’s attorney, meanwhile, told Bloomberg that damages for future sales outside the United States, and to government customers, may end up increasing the amount RIM has to pay up “by two to three times”.

Why on earth would anyone want to join RIM now? We ask someone who just did

Read next: Nokia to pull out of Iranian capital Tehran by the end of August over EU sanctions