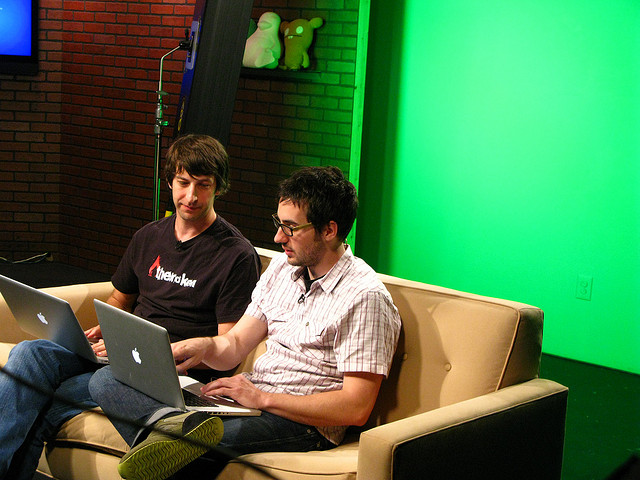 After we learned that Digg’s tech team would be joining the Washington Post, we wondered out loud what would happen to the “rest”? Meaning, the site and all of the tech and community the company has built in the past seven years.

Today we find out, as Digg has announced that the site will become a part of Betaworks, the company behind the service News.me. According to WSJ, the price was a mere $500k.

Here’s what Digg’s CEO Matt Williams had to say about the news:

We couldn’t be happier to announce that the next generation of Digg will live on with the team from Betaworks. Betaworks is combining Digg with News.me, a Betaworks company with an iPad app, iPhone app and daily email that delivers the best stories shared by your friends on Facebook and Twitter. Digg will join a portfolio of products developed by Betaworks designed to improve the way people find and talk about the news. Betaworks founder John Borthwick will be the CEO of the new Digg.

The service will somehow be integrated into Betawork’s existing offering, News.me and potentially bit.ly as well.

Almost as an aside, Williams posted a quote from Digg’s founder and former CEO, Kevin Rose (who is now with Google Ventures):

I’ve always been a fan of John’s product vision and the companies he builds, funds, and advises. John understands the real-time nature of the web and how to capture and surface trends as they occur. Given his experience with bit.ly, news.me, and Chartbeat I can’t wait to see what he does with Digg.

All of this is certainly a far cry from Digg’s Web 2.0 “darling status” which includes BusinessWeek covers and potential acquisitions by Google and Current.tv.

During its existence, the company raised an astonishing $45M from top-tier investors and firms like Greylock Partners, Marc Andreesen, Reid Hoffman and Ron Conway.

The community over at Digg never fully recovered from changes such as the introduction of ads and full-on redesigns. Community is always what made Digg sing, and once they were unhappy, the site felt the effects. Traffic to the site dropped, traffic coming from the site dropped, and users went elsewhere.

Betaworks founder John Borthwick will now take over the CEO reigns at Digg from Williams. Don’t worry about Williams though, as he announced in the same post that he’ll be joining Andreessen Horowitz as Entrepreneur in Residence. This is most certainly the tidy “exit” that everyone wanted to make.

Is it over for Digg? Surely, its best days are behind it, but I’m sure that there is some interesting technology that Betaworks can put to good use. But don’t buy into the shiny happy people blog post, this did not turn out the way that many analysts and former employees thought it would.

According to Betaworks, they want to turn Digg “back into a startup”:

We are turning Digg back into a startup. Low budget, small team, fast cycles.

How? We have spent the last 18 months building News.me as a mobile-first social news experience. The News.me team will take Digg back to its essence: the best place to find, read and share the stories the internet is talking about. Right now.

Good luck with that. And I mean that with all sincerity.

UPDATE: I think this says all that needs to be said (only 27 diggs):

UPDATE 2: TechCrunch has heard that the price was different. We have yet to hear otherwise, but will keep you updated.

UPDATE 3: According to AllThingsD:

The Wall Street Journal is reporting that the deal was worth just $500,000, a massive decline in value, considering that the company had raised $45 million. Digg CEO Matt Williams disputed that figure, saying “the overall consideration is significantly larger,” and that it was a combination of cash and equity in Betaworks.

We’ve yet to hear back from Digg or Betaworks to confirm this.