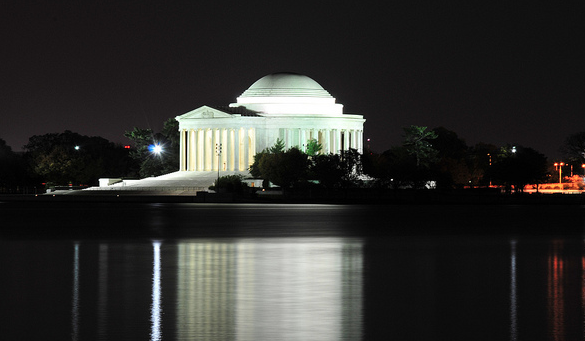 Following Uber’s rough times back in January when it was attacked by D.C. Taxicab Commission Chairman Ron Linton, the company has just posted a very upsetting blog post, stating that the DC City Council intends “to pass an amendment to the taxi modernization bill that would make it illegal for Uber to lower its prices or to offer a low cost service in any form.”

Fans of Uber’s car service have long sought lower priced cars, and so the recent announcement of cheaper vehicles in a number of cities made a lot of users very happy. Now, thanks to the interests of the traditional taxi service in DC, this “disruption” may never occur. Of course, the issue is more complicated than I have described, but the bottom line is Uber will soon be kept from operating at a cheaper price point, which will eventually cost me more money when I visit DC (Bleh! Rabble!).

The Council’s intention is to prevent Uber from being a viable alternative to taxis by enacting a price floor to set Uber’s minimum fare at today’s rates and no less than 5 times a taxi’s minimum fare. Consequently they are handicapping a reliable, high quality transportation alternative so that Uber cannot offer a high quality service at the best possible price.

It was hard for us to believe that an elected body would choose to keep prices of a transportation service artificially high – but the goal is essentially to protect a taxi industry that has significant experience in influencing local politicians. They want to make sure there is no viable alternative to a taxi in Washington DC, and so on Tuesday (tomorrow!), the DC City Council is going to formalize that principle into law.

Uber is calling on its DC users to contact the city council with hopes that they can make an impact on this law. Click here for Uber’s full post and DC City Council contact info.

Is this yet another case of an old industry trying to hold innovation back, or is there more to the story? Feel free to share your thoughts with us in the comments below.