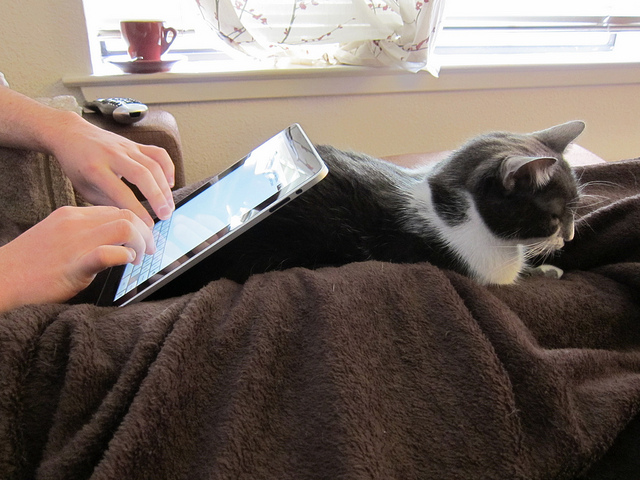 The uses for Apple’s iPad are nearly infinite: education, healthcare, small business, gaming. But what about professional sports? It seems like NFL teams are starting to adopt the iPad for more than watching game film and playing Angry Birds, the Denver Broncos actually give them out to player with their playbook on it.

In a piece on NFL.com today, it was reported that newly minted Broncos starting quarterback Peyton Manning is enjoying the experience.

While detailed information is sparse, I was able to piece together some of the app’s features from different reports, including one by FOX Sports. According to FOX, the app has three main features: game film, playbook and notifications.

The biggest plus for this digital playbook is that if someone loses a device, you can wipe it remotely using Apple’s find-my-device functionality. Over the years, we’ve heard a few stories of players leaving their playbook in a restaurant, hotel or bar, but no more worries about that, thanks to technology.

Getting rid of paper is also better for the environment, which is just an added bonus. So far, there hasn’t been any league interference with the program, as the NFL allows digital devices to be used in locker rooms up until kickoff, so all teams could easily skip the old playbook in lieu for an iPad version.

The company behind the app, PlayerLync, pushes automatic updates to players, letting coaches add video to the system, and no matter where the players are, they get the updates. It sounds pretty awesome to me. Additionally, push notifications are sent to the devices to remind players and coaches of meetings and practices, giving everyone one less excuse for being late.

If teams start adopting this type of system, a company like PlayerLync will be making some serious bank, as communication is something that all teams must have. During the offseason, having something like this is key, since players are training on their own all over the world.

Read next: On Monday, 250,000 internet users will lose their connection. Make sure you're not one of them