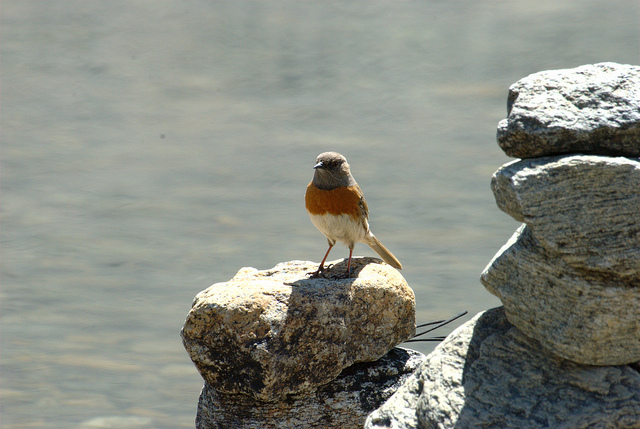 When Twitter wrote its “ominous” blog post the other day about tightening up restrictions on using its API, I started to think about all of the apps that have been built on top of the platform. There’s quite a few of them, some that Twitter itself have acquired.

For those that won’t be acquired by the big T, what will happen to them? Restrictions and changes on Twitter’s API means that apps might not function as they previously did, hurting their own business and their userbase. Of course, that’s a risk you take when you build on top of someone else’s infrastructure.

One such third-party service, Twithawk, is already up on the auction block. Here’s how Twithawk describes itself:

TwitHawk is a real time targeted twitter marketing engine that will find people talking on Twitter about your chosen topic and location, allowing you to really hit your target mid conversation with ease.

TwitHawk searches Twitter for you and generates a list of the best tweets for you to respond to.

Monitor your marketing campaigns true CPC with onsite link tracking
(with a site average CPC of less than $0.02)
and Google Analytics™ integration.

In other words, now that Twitter is going to start dropping the hammer, it’s toast. I’m not sure how successful Twithawk has been as a company, but it has been written about by publications such as TechCrunch, Business Week and Cnet. So that means it had some promise, right?

What is a service such as Twithawk worth once Twitter starts taking its API usage seriously? Currently, the bidding is up to $11,111. But buyer beware, there has to be a pretty good reason for selling it. I imagine that the reason is Twitter itself.

I’m sure that the folks at Twihawk have built some interesting technology of their own, but by relying on tweets, and trying to monetize them, looks like a bad decision at the moment.

There are going to be many more of these stories in the next few weeks and months, as developers are going to want to try and slip away from this whole potential mess without losing everything that they’ve put into their services. While this isn’t necessarily Twitter’s fault or problem, it does speak to importance of having a strong relationship with your developer ecosystem when you’ve built such a massive platform.

As a developer, solely relying on someone else’s business as your own business isn’t a smart move. Things always change, and you have to know that once a company like Twitter hits such critical mass, it’s going to mutate.

Some of my favorite Twitter apps aren’t built by Twitter and it would be sad to see them pop up on the auction block too. These folks have put in tireless hours of development, market research and user support, and they should see something from it. In a way, some of these third-party apps have been all that users know of Twitter, and that’s exactly what bothers the company so much.

Still, there has to be a better way to sort all of this out, but I’ve yet to come up with it. It’s also not my job to, and I guess Twitter is taking the same approach, unfortunately.

UPDATE: Here’s a statement from Twithawk founder, Chris Duell, on why Twithawk is up for sale:

Just wanted to quickly chime in and say that the genuine reason for putting TwitHawk up for auction was to fund a new startup. The site has been up and running since Feb 2009, so this wasn’t an easy decision to make, it wasn’t in the slightest out of fear of the almighty Twitter coming down (and no, I’m not just saying that to protect the auction, scouts honor)

While I totally agree with the points Drew makes about Twitter getting tight with its API may well affect some apps out there, I think this will only happen when those apps are offering a service that Twitter itself offers. In linkedins case this was viewing the stream, Twitter would rather you view the stream at twitter.com or using their app, so they get the traffic etc for their data, not linkedin. That makes perfect sense.

TwitHawk however offers a service that Twitter does not, which will keep it safe. The ability to setup saved searches and be notified when matches come in, giving you a quick and easy way to reply or queue your reply to be sent later.

Until Twitter builds its out to a massive bloated web app, there’s no reason for them to kill off the likes of TwitHawk, HootSuite, Seesmic etc who offer complementary services, they are the kind of apps that have, and will to continue to, allow the ecosystem to thrive.